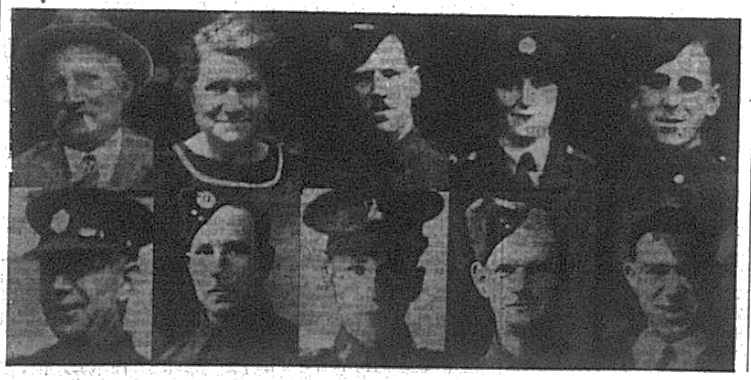 Mr and Mrs E.J. Boxall of 28 Nichol Lane, Bromley, who were married exactly 50 years ago last Sunday, March 20, will have cause to remember their golden wedding year since it coincides not only with a year of British victories, but is marked by the fact that no fewer than eight members of their family and their son’ families are serving with the Forces.

Mrs Boxall, who was Miss Charlotte Annie Friend, has lived in Bromley all of her life, but Mr Boxall came from Fernhurst, near Hazelmere, Surrey.

They still live in the same house that Mrs Boxall’s mother lived in for over 55 years.

They have nine children – four sons and five daughters, and all are married.  There are also 16 grandchildren.  Three of the sons are serving with the Forces, two grandsons, one granddaughter and two son-in-laws, and the other son is a sergeant in the Special Police.

Mr and Mrs Boxall were married at Christ Church, Beckenham on March 10 1891.  Mr Boxall, two of his sons and two sons-in-law, served in France in the last war.

Altogther is is a record to be proud of. 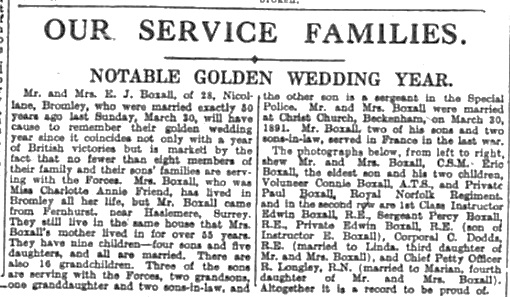