Dr. Kenneth E. Tapper, O.B.E, Medical Officer of Health for Bromley, and head of the A.P.R. Casualty Services, has been awarded the George Medal for bravery during air raids.

On many occasions he has crawled under wreckage to search for and give treatment to injured casualties pinned down by debris.

When people were buried beneath the wreckage of a German aeroplane and two houses, Dr. Tapper gave medical aid to the victims while large unexploded bombs were removed.  He has shown great gallantry in his efforts to relieve suffering among air raid victims 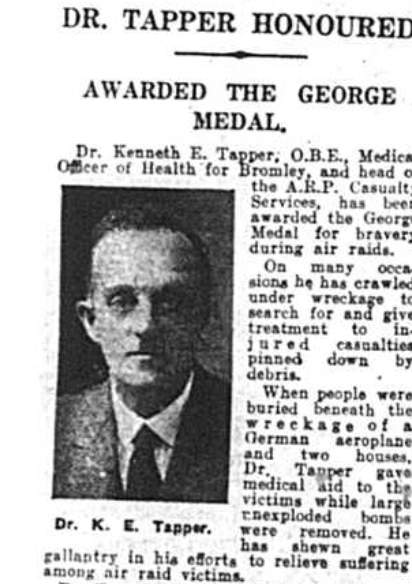 Other Links:
Marriage of Daughter, Nancy