At the start of the First World War, France led the world in an aircraft design. In 1914 it had some 132 operational machines and 21 escadrilles. Initially the Aéronautique Militaire (French Airforce) concentrated on reconnaissance with aircraft like the Blériot XI. On 8 October, it was expanded to a massive expansion to 65 escadrilles. Furthermore, it was proposed that four types of aircraft could be used for four different tasks: Morane-Saulnier Ls would be used as scouts, Voisin IIIs as bombers, Farman MF.11s as reconnaissance aircraft, and Caudron G.IIIs as artillery spotters.

In later1914, Roland Garros, mounted a Hotchkiss machine gun on the cowling of his Morane-Saulnier L with a mechanical interrupter mechanism and added deflector wedges to the rear of the propeller blades, so that the wooden propeller would not be shot to pieces whenever he opened fire on German aircraft. With this setup, Garros became the world’s first fighter pilot, but he was captured shortly afterwards when his engine failed. Three prominent French aces were René Fonck, who became the top-scoring Allied pilot of World War I with 75 enemy aircraft shot down, Georges Guynemer who was killed after 54 victories, and Charles Nungesser, who achieved 43 victories and survived the war.

Prior to 1916, escadrilles operated a variety of different types of aircraft together to accomplish specific assigned tasks with the first fighters being distributed piecemeal to each escadrille. After the Battle of Verdun and the inability of the reconnaissance aircraft to track German movements, the airforce was grouped the new Nieuport 11 fighters into dedicated fighter units, so that so could operate together more effectively. This so revolutionized air combat that the Germans were forced to follow suit shortly thereafter.

During this period the Lafayette Escadrille (designated N.124) was formed around a group of mainly American volunteers, initially operating a mixture of Nieuport 11s, 16s and 17s, and later the SPAD S.XIII. The unit’s leading ace was French-born American Raoul Lufbery, who shot down 16 enemy aircraft (all but one with the Escadrille) prior to his death.

Aircraft of the week 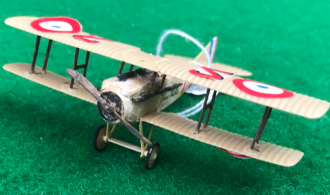 SPAD V11 The SPAD S.VII was the first of a series of highly successful biplane fighter aircraft produced by Société ...
Read More 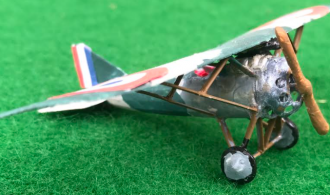 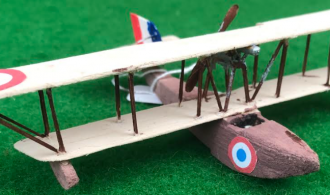 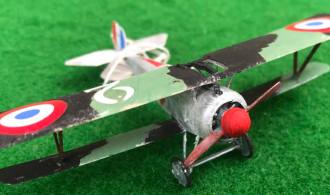 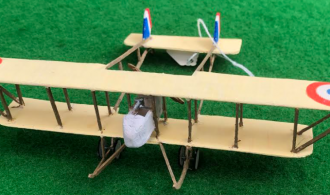 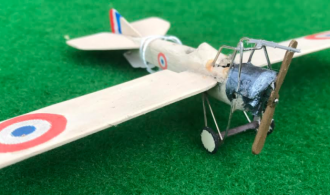 Bréguet BR 14 The Bréguet 14 was a French biplane bomber and reconnaissance aircraft of the First World War. It ...
Read More