Many soldiers wrote home giving details of what life was like on the front line. One such letter writer was Company-Sergeant-Major John Gutteridge, whose letters were published in the Bromley & District Times.

Gutteridge had joined up in September 1914, when he was about 24. He was born about 1890, and listed on the 1911 census as the second son of eight children. He had worked at Messrs Howard’s Store, a fishmongers shop, before the war.

Throughout the war he was shown as a great letter-writer. He was always cheerful and seems to have accepted the hardships and dangers with great fortitude and seems to have enjoyed the challenge of the war. Through the District Times, we can trace his steady rise to, Lance-Corporal, Corporal to Sergeant and Company-Sergeant-Major.

In 1919, it was reported that his father received the D.C.M. awarded to him posthumously. Awarded for gallantry in the field all through his career from the time he enlisted as a private in 1914. He was a man never discouraged, always cheerful and full of great influence on those around him.

NB In 1911 his mother had already given birth to 14 children of which 6 had died. The youngest child was a boy, Cyril aged 4 months.

Copies of his letters are shown below: 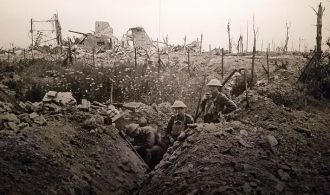 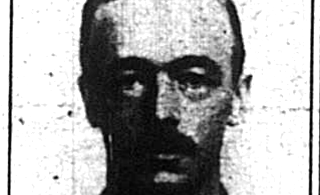 From the beginning of 1917, letters from John Gutteridge rarely appear in the paper. Whether this was because there were 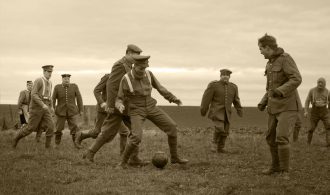 The boys did justice to the food provided by the Colonel

26th January 1918, page 2 STILL CHEERY AND BRIGHT Sergeant Gutteridge, of the West Kents, writes home another of his 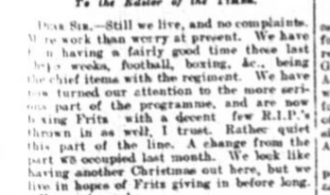 Another Christmas out here, but we live in hopes of Frits giving in before long

20th October 1916, page 3 SERGEANT GUTTERIDGE STILL GOING STRONG ON CHEERFULNESS Look like having another Christmas out here, but 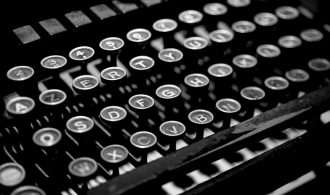 Update from the Front Line 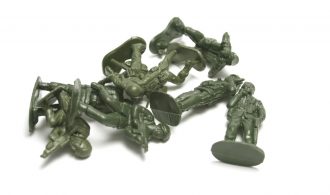 We Expected the D.C.M. for Our Good Work

28th June 1916, page 10 Another letter from Sergeant Gutteridge of Bromley explaining the fun the ‘boy’ had trying to 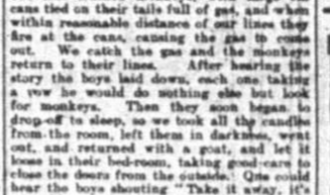 We found it difficult to keep them awake

23rd June 1916, page 10 More tales from the Front Line provided by Sergeant Gutteridge of Bromley: “We had some 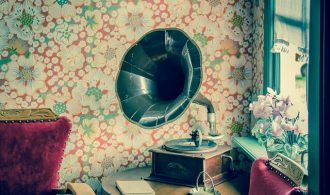 A Good Tune Would Make All the Difference

5th May 1916, page 5 WHO WILL? Sergeant Gutteridge (long known to our readers as Corporal Gutteridge), of Bromley, and 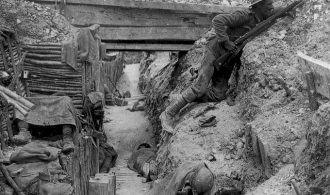 I wonder who will start the games today 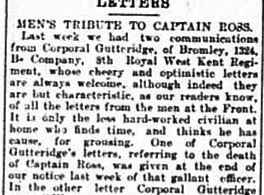 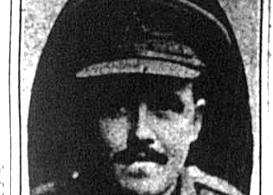 He died a soldier’s death 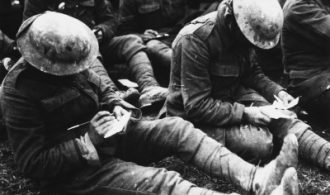 People hardly know how we appreciate such comforts here. 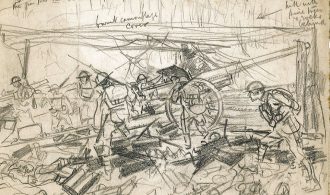 Their work was deserving of the highest praise

28th January 1916 COMMENDATIONS FOR WEST KENTS Corporal Gutteridge, of the 8th West Kents, who has recently returned to the 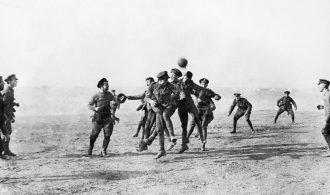 26th January, 1916 p2 The company had a dinner and concert. Sergeant Gutteridge, of the West Kents, writes home another