The bride was married in her going-away costume of navy blue with black velvet hat, and shortly after the conclusion of the ceremony the bride and bridegroom left for Brighton, where the honeymoon is being spent.

Mr Edgar Hewett saw war service for his country with the West Kents on the Western Front.  He joined up in 1916 and was wounded in 1918, shortly before the Armistice was signed.  He is an enthusiastic footballer, and is well-known as the captain of the Bromley Club.  He has won his Amateur International cap, and has played in several county contests. 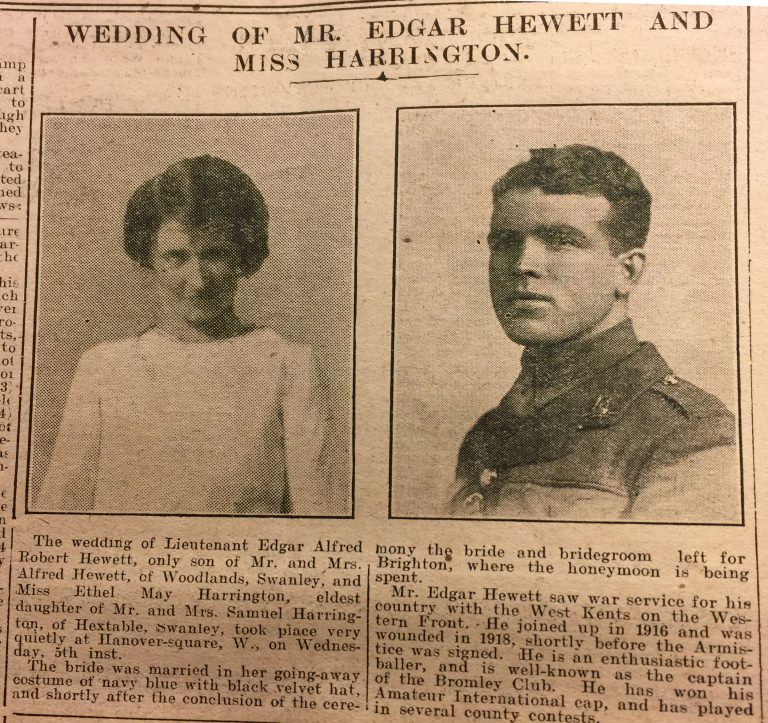