This group photo of soldiers being held in a prisoner of war camp in Germany in 1941, was published in the Bromley & District Times in the October, in the hope that some readers might recognise the men featured.

It does featured one Lance-Corporal Eric Arthur Eagles, of the Royal West Kent Regiment who resided at 70 Cumberland Road, Bromley, who had been reported as a prisoner of war in Germany.  In the photo Lance-Corporal Eagles is standing at the back on the extreme left. 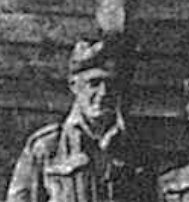 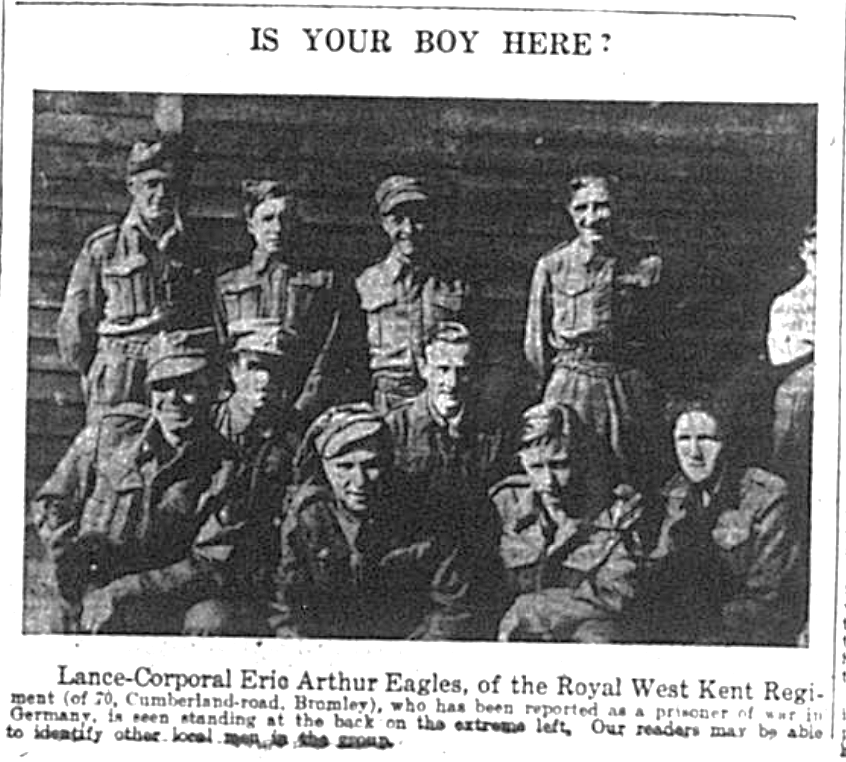