Mrs Marion Edith Bolton, matron of the Sir Robert Jeffery’s Homes, Mottingham, received from the King, as a recent investiture at Buckingham Palace, the George Medal which she was awarded for her bravery in rescuing two aged women from a fire at the Homes caused by enemy action.

Mrs Bolton was accompanied by her father and sister.  Her son is serving in the Middle East with the R.A.F. 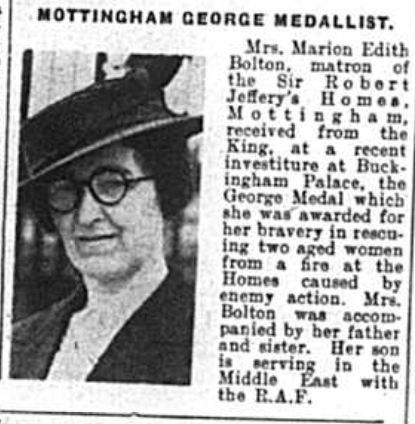