He was educated at Clifton College and on the outbreak of war joined the Royal Army Medical Corps and served with them until November 1915. He was present at the fighting in La Bassée, Neuve Chapelle, and Loos and then trained for a commission in January, 1916 with the South Staffordshires.

On the 1st July, 1916, the first day of the Somme offensive, during the storming of an enemy position, he was the first man to enter it, and then with his platoon captured and held it under heavy fire till reinforcements arrived an hour later. It was a position of great tactical importance. Later he took part in the assault of another position which was taken owing to his personal gallantry and fine leadership.

During the Somme, two weeks after becoming Acting Captain, he received the wounds from which he died on 24th July, 1916, aged 21. He was buried at Abbeville Cemetery. 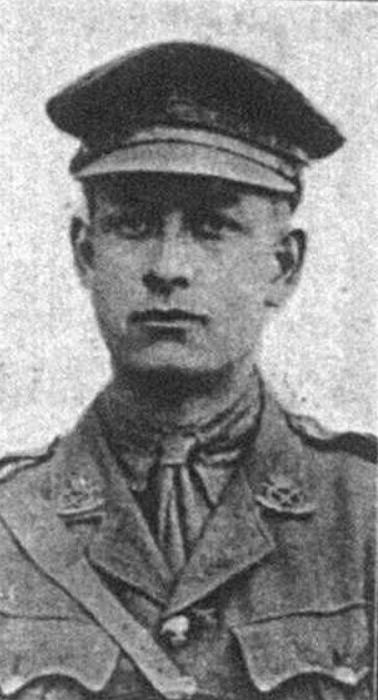