A nurse with the Red Cross, Miss Birkett had taken up nursing 3 years earlier. Her knowledge of French was invaluable when nursing the Belgian soldiers.

She lived at Summerhill Villas, Chislehurst.

The newspaper reported that she had been ill on the Tuesday (22nd Dec), very ill and had died on the Wednesday (23rd Dec). Probably the first nurse to die at her post.  She had been at Brooklyn temporary hospital in Lubbock Road, before being moved to Abbey Lodge.

Details of funeral in the newspaper report. 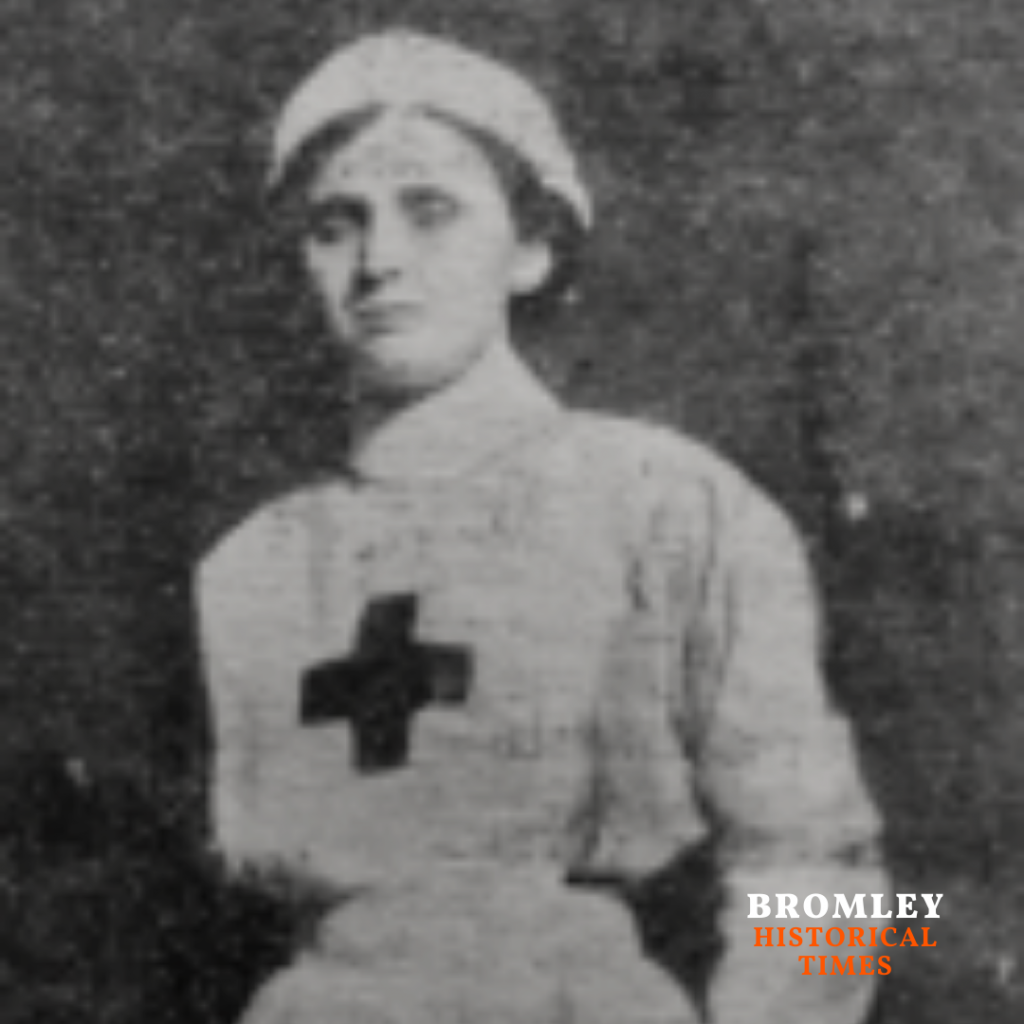