Gas attack tests were conducted during WW2 to prepare civilians for such attacks from the enemy.  This article was published in the local Bromley newspaper explaining, and possibly also warning, its readers to be vigilant and remember to take their gas masks with them everywhere.

Many people caught in Main Street

THEY CAME OUT WITHOUT THEIR MASKS

A mother with her baby set a fine example during the first gas test in Bromley; they both had their respirators.  On the other hand, some Service men were seen without their gas masks on, but others in the Forces, it must be added, were fully prepared.

Public notices had been made generally known that there would be a surprise test at any time in the week, from Wednesday April 9, to Wednesday, April 16. The townspeople were ot officially aware of the day, or the hour of the day…

Some of the customers in the restaurants who had been served with meals did not stop to put on their respirators.

The gas was released at a point near to the Market Square, the busiest part of the town. 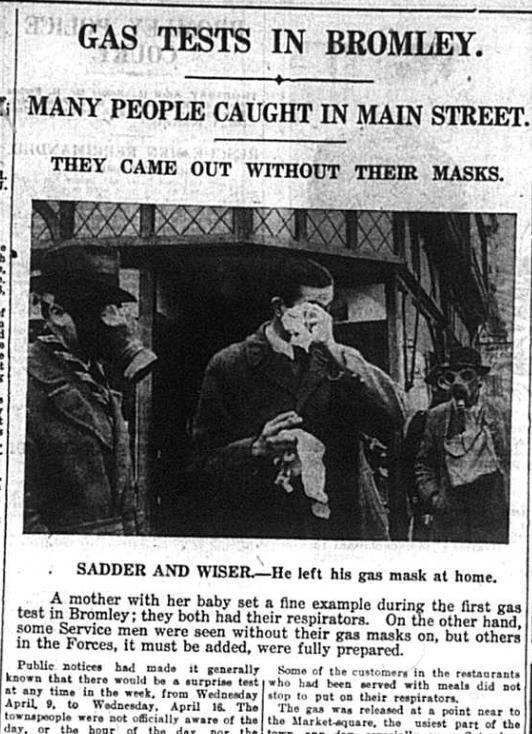