Starting out as a one shopfront window business, Messrs Edwin Jones and George Randell Higgins began their business venture in 1867 with a mere £80.

By 1887 they had opened a 5-storey department store on the corner of Rye Lane and Peckham High Street, which went on to become one of south London’s best-known department stores.  It closed in the 1980s.

They advertised in local newspapers. 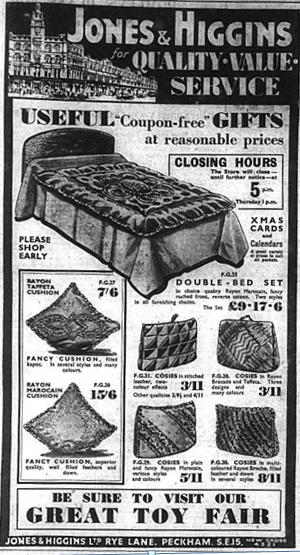