Only 20 years of age, he is one of those gallant young men to whom “so much is owed by so many.”

He was a member of a famous squadron in France, and was mentioned in despatches.

He served in the Battle of Britain in September 1940, and when his machine was shot down he baled out from a great height and landed safely.

Acting Flight-Lieutenant Eliot has also served in the Middle East.

He was educated at St Dunstan’s Catford, and joined the RAF in June 1939. 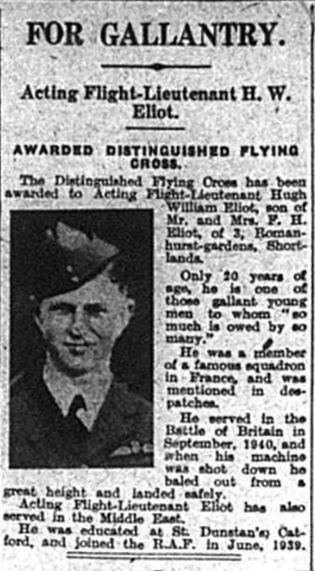