On Christmas Day Bromley met the local Home Guard in a friendly match at Hayes Lane, Bromley.  The match resulted in an overwhelming victory for Bromley 15-1.

McMillan scored no fewer than five times, and the match caused much entertainment to the spectators.  Several Bromley players were claimed by the Home Guard, and Bromley selected four R.A.F. players for inclusion in their forward line. 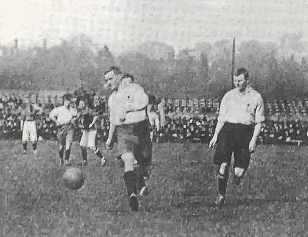 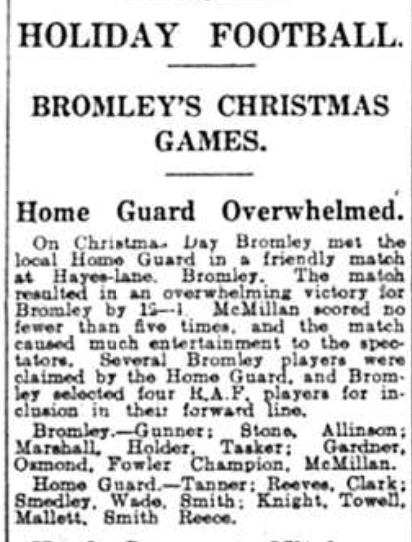