Games of all kinds needed

There are a fair number of Bromley men among the British troops in Iceland.  In this island of the North Atlantic ocean, the extreme northerly point of which is touched by the Artic Circle, the summers are short and the winters long, and what the men need especially are games of all kinds. 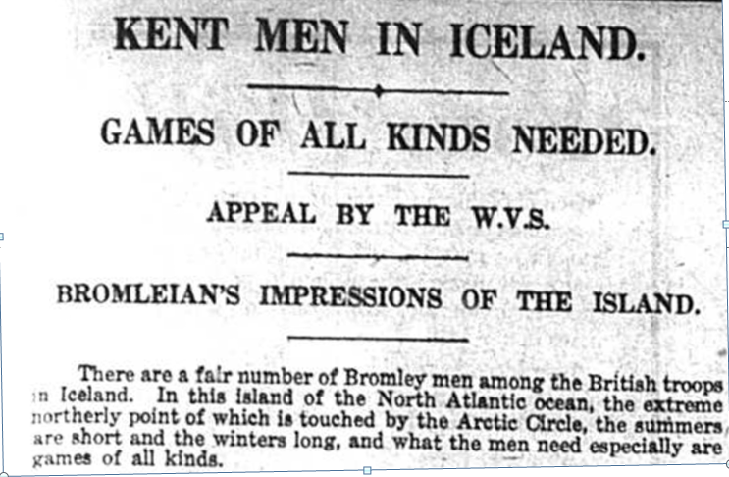