Birth of the Blues

Birth of the Blues is a 1941 American musical film whose plot loosely follows the origins and breakthrough success of the Original Dixieland Jass Band.

The film was first release in November 1941 and starred the legendary Bing Crosby, Mary Martin and Brian Donlevy. It was directed by Victor Schertzinger.

It was well-received by critics on its release, and was nominated for an Academy Award for Best Original Score.

Cinemas, such as the Odeon, continued operating throughout the war years, and were no doubt a form of light relief during the era. 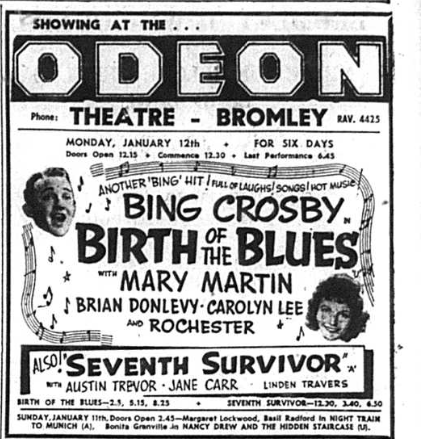 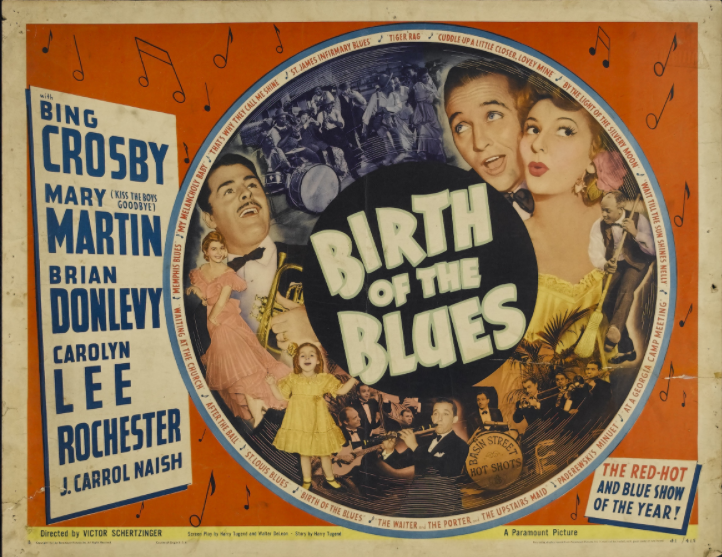