The Imperial German Air Service (Deutsche Luftstreitkräfte) grew out of the need to put an end to frequent incursions by French observers during the first weeks of the war. The initial deployment of German fighter aircraft occurred within the Observer Corps, which were being equipped with one or two of the new Fokker Eindecker fighter aircraft for each The buildup of the Eindecker fighter force rapidly progressed with regular lMG 08 “Spandau”-armed production examples of the Fokker E.I.

The first step towards specialist single seater fighter-only aviation units within the German military was the establishment of Kampfeinsitzer Kommando (KEK) in February 1916. These were based around Eindeckers and other new fighter designs emerging, like the Pfalz E-series.

On 24 June 1917, the Luftstreitkräfte brought a quartet of Jasta squadrons together to form its first fighter wing, Royal Prussian Jagdgeschwader I, incorporating Jastas 4, 6, 10 and 11, and set the pattern for using Roman numerals in the Luftstreitkräfte in the titles of such larger units. Manfred von Richthofen was moved up from command of Jasta 11 to command JG I.

By the end of the war, the German Army Air Service possessed a total of 2,709 frontline aircraft, 56 airships, 186 balloon detachments and about 4,500 flying personnel. Over the war German casualties totalled 4,579 aircrew and 1,962 men killed in flying accidents in Germany. Material losses by enemy action were 3,126 aircraft, 546 balloons and 26 airships. Some 7,425 Allied aircraft and 614 kite balloons were claimed as destroyed.

Throughout the War, apart from some occasions, Germany had the better range of Aircraft. One reason for this was an 6 monthly “competition” were new prototypes were assessed by flying “Aces” combat pilots, with the best going into production. Germany had the largest number of aircraft types numbering over 120. Germany also supplied its aircraft to other Central Power Countries. 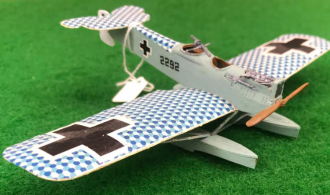 SPAD V11 The Hansa-Brandenburg W.29 was a German monoplane fighter floatplane which served in the closing months of World War ...
Read More 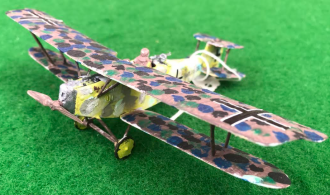 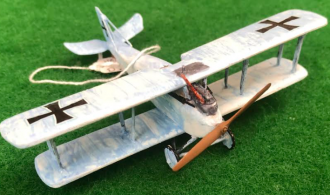 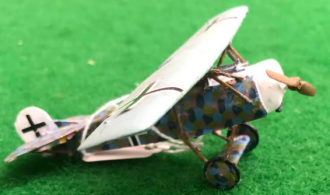 SPAD V11 The Fokker E.V was a German parasol-monoplane fighter aircraft designed by Reinhold Platz and built by Fokker-Flugzeugwerke. The ...
Read More 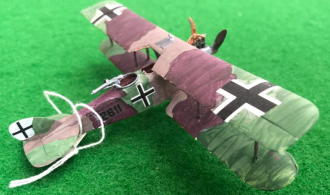 LVG C.VI The LVG C.VI was a German two-seat reconnaissance and artillery spotting aircraft used during World War I. The ...
Read More 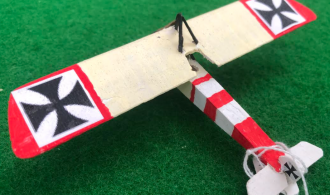 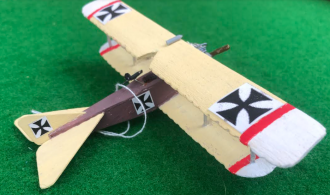 ALBATROS B.I The Albatros B.I, was a German military reconnaissance aircraft designed in 1913 and which saw service during World ...
Read More