MODEL MAKING – ALL AIRCRAFT TYPES THAT FLEW IN WORLD WAR 1

About 3 and a half years ago I took on the challenge of making all the aircraft types that flew in WW1 to the scale of 1/72. These cover all those of the Countries of the Allies and the Central Powers. At the time of starting I though the total amounted to some 180 models. Since that time I have found many more and my current estimate of the full number is more than 500.

Pre Covid-19 lockdown I was averaging one per week, but during lockdown with more time available it was often up to 5 or 6 a week. As of May 2021 I have completed some 350, so about 2/3 of the total.

Of the 500 it is possible to purchase, less than 100 plastic model kits. This means the bulk of the aircraft have to be scratch built using balsa wood. The start of the construction requires each aircraft to be researched for their details and paint colours. For scratch builds it is essential to find 3-D plans on the internet and print them out at the 1/72 scale.

With the aim of making such a large number, my building program is one of “quantity” rather than “quality” with each model being a good representation of the aircraft, rather than being a very detailed exact replica of the original.

The work has kept me occupied during the lockdown period, and has kept my mind working and my fingers nimble. I have enjoyed making the models and learning more about each type.

I now look forward to sharing them with you.

Each aircraft has a short description and photograph of the model I made.
The subject scheme will be :- 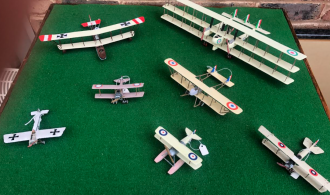 MODEL MAKING - ALL AIRCRAFT TYPES THAT FLEW IN WORLD WAR 1 John Preedy About 3 and a half years ...
Read More 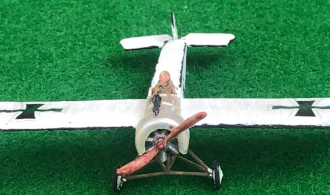 Fokker E.I The Fokker E.I was the first fighter aircraft to enter service with the Fliegertruppe of the Deutsches Heer ...
Read More 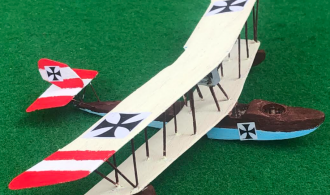 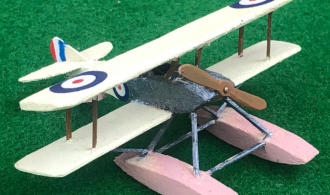 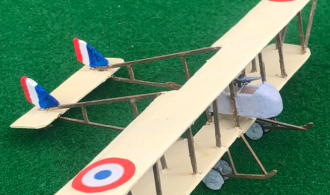 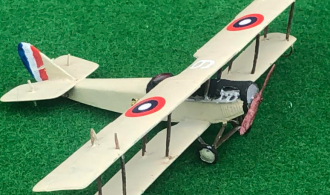 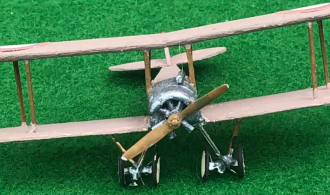 Sikorsky S-16 Igor Sikorsky was an early Russian aviation pioneer before WW1. Before and during the war he designed and ...
Read More 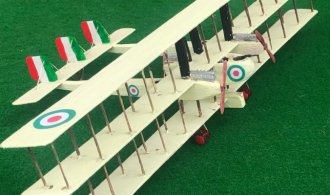 Caproni Ca.4 The Caproni Aircraft Company made a series of heavy Bomber aircraft in WW1 (Ca.1 to Ca. 5). The ...
Read More
View the Aircraft of War project >