The Sopwith Camel was a British First World War single-seat biplane fighter aircraft that was introduced on the Western Front in 1917. It was developed by the Sopwith Aviation Company (Kingston upon Thames). It was called a Camel because of the hump-shaped protective covering over its machine guns. It became one of the best known fighter aircraft of the Great War.

The Camel was powered by a single rotary engine and was armed with twin synchronized Vickers machine guns. Though proving difficult to handle, it provided for a high level of manoeuvrability to an experienced pilot, an attribute which was highly valued in the type’s principal use as a fighter aircraft. In total, Camel pilots have been credited with downing 1,294 enemy aircraft, more than any other Allied fighter of the conflict. Towards the end of the First World War, the type had also seen use as a ground-attack aircraft, partially due to it having become increasingly outclassed as the capabilities of fighter aircraft on both sides were rapidly advancing at that time.

The main variant of the Camel was designated as the F.1; several dedicated variants were built for a variety of roles, including the 2F.1 Ship’s Camel, which was used for operating from the flight decks of aircraft carriers, and the Comic night fighter variant.

Biggin Hill Connection
The Wireless Experimental Establishment at Biggin Hill had a Camel B6234 which had a star-spangled fuselage and man-in-the-moon face on the fin. 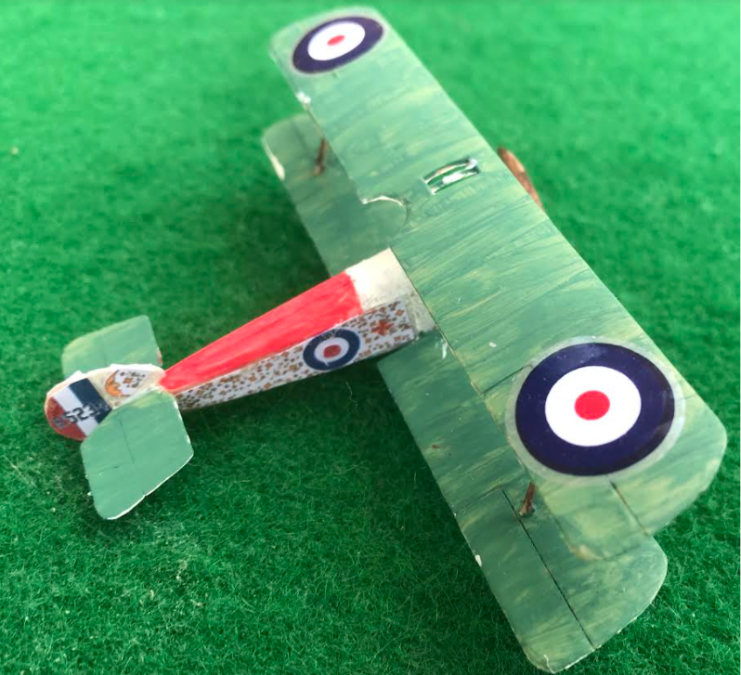