Originally called Lord Woolton pie, and later as simply Woolton Pie, this pastry dish of vegetables was widely served in Britain during World War Two when rationing and shortages made other dishes hard to prepare. 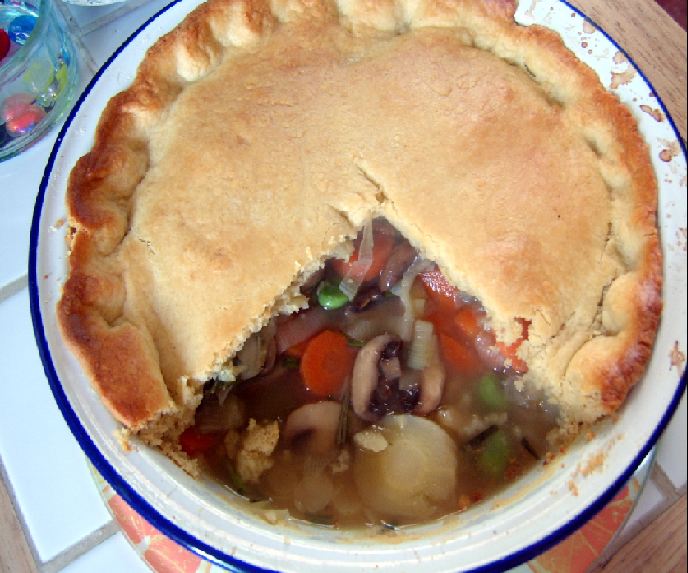 It was first created at the Savoy Hotel in London by its then Maitre Chef de Cuisine, Francis Latry. It was one of a number of recipes commended to the British public by the Ministry of Food during the Second World War to enable a nutritious diet to be maintained despite shortages and rationing of many types of food, especially meat.

It was named after Frederick Marquis, 1st Lord Woolton (1883–1964), who popularised the recipe after he became Minister of Food in 1940.

Recipe like this were often published in local newspapers to help educate the British public on recipes to help feed their families during food shortages.  The following article appeared in the Bromley & District Times newspaper in February 1941.

In hotels and restaurants, no less than in communal canteens, many people have tasted Lord Woolton pie and pronounced it good.  Like many another economical dish, it can be described as wholesome fare.  It also meets the dietician’s requirements in certain vitamins.  The ingredients can be varied according to the vegetables i season.  Here is the official recipe :-

Take 1lb of each diced of potatoes, cauliflower, swedes and carrots, three or four spring onions – if possible, one teaspoonful of vegetable extract, and one tablespoonful of oatmeal.

Cook all together for 10 minutes with just enough water to cover.  Stir occasionally to prevent the mixture from sticking.

Allow to cool; put into a pie dish, sprinkle with shopped parsley, and cover with a crust of potato or wheatmeal pastry.

Bake in a moderate over until the pastry is nicely browned and serve with a brown gravy. 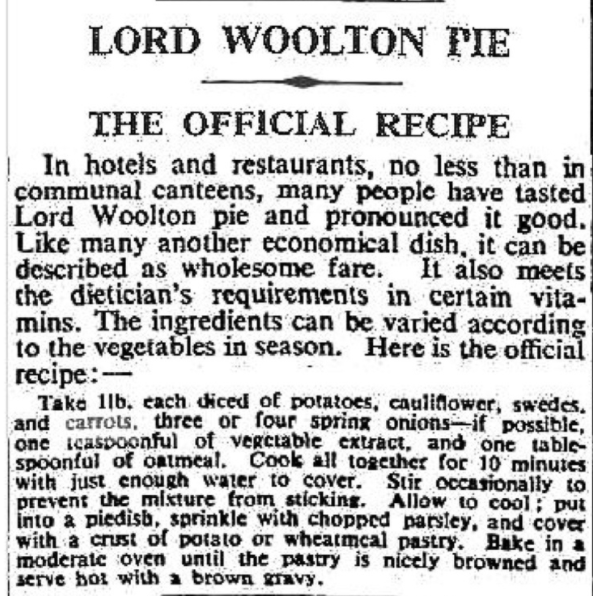