This two-seat basic trainer built as a sturdy two-bay biplane was produced from 1916 to 1918. It was powered by a four-cylinder inline Hall-Scott A-7a engine. Made of wood with wire bracing, and fabric. It was seen as a stopgap waiting for the Curtiss JN-4. Made by Ealy Day as a derivative of the Sloan H series under Standard Aero Corporation. Standard, Dayton-Wright, Fisher Body and Wright-Martin, delivered 1,601 of them in one year, between June 1917 and June 1918.

The Standard J-1 compared to the Curtiss JN had a swept-back wing platform, plus triangular king posts above the upper wings. Also the front legs of the landing gear were mounted behind the lower wing. Produced in large numbers the four-cylinder Hall-Scott A-7a engine was unreliable and vibrated badly to the point that in June 1918, all J-1s were grounded. JN-4s replaced them for training. At $2,000 per aircraft it was not bankable to have them converted with the Curtiss OX-5 engine. Other contracts were cancelled and most were sold as surplus or scrapped. Curtiss even bought many surplus J-1s to be converted with new engines for resale. Civilian flying schools happily received them also for barnstorming operations, until in 1927 because of new regulation banning wooden structures in aircrafts. 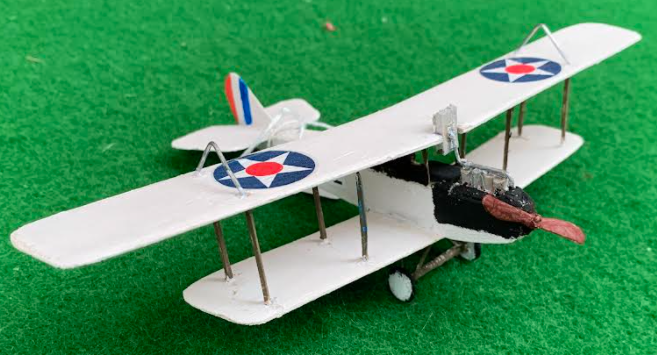