The Sopwith Tabloid was a British biplanes, originally designed as sports aircraft and later adapted for military use. They were built by the Sopwith Aviation Company.

The “Tabloid”, so named because of its small size, caused a sensation when it made its first public appearance. A floatplane variant was prepared and entered for the 1914 Schneider Trophy race; piloted by Howard Pixton. This aircraft comfortably won the competition, being known as the Sopwith Schneider.

The first order, for twelve floatplane aircraft, was placed in November 1914. Later production aircraft were fitted with ailerons in place of wing-warping, had an enlarged fin and were fitted with a Lewis gun firing upwards through an opening in the wing centre-section. In all 160 were built.

Single-seat variants of the Tabloid went into production in 1914 and 36 eventually entered service with the Royal Flying Corps and Royal Naval Air Service (RNAS). Deployed to France at the outbreak of the First World War, Tabloids were used as fast scouts. Some naval aircraft were armed with a Lewis gun on the top wing, firing over the propeller arc.

The Tabloid was also used as a bomber: on 22 September 1914 Tabloids mounted the first raid by British aircraft on German soil; and in their most famous mission two RNAS Tabloids flying from Antwerp on 8 October 1914 attacked the German Zeppelin sheds at Cologne and Düsseldorf. The Cologne target was not located, the railway station being bombed instead, but the Zeppelin shed at Düsseldorf was struck by two 20 lb bombs dropped from 600 ft and Zeppelin Z IX destroyed. 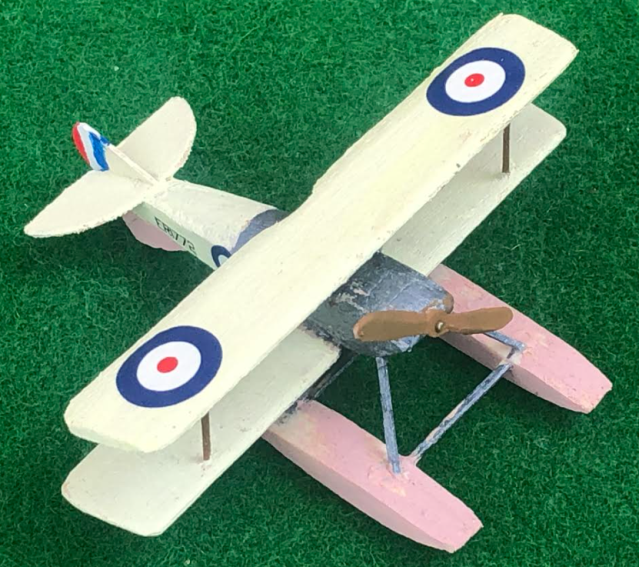