The Nieuport 17 C.1 was a French sesquiplane fighter designed and manufactured by the Nieuport company during World War I. An improvement over the Nieuport 11, it was a little larger than earlier Nieuports and better adapted to the more powerful 110 hp engine. Apart from early examples, it had the new Alkan-Hamy synchronization gear, permitting the use of a fuselage-mounted synchronised Vickers gun firing through the propeller disc.

At the time of its introduction in March 1916, the type’s outstanding manoeuvrability and excellent rate of climb gave it a significant advantage over fighters on both sides and was described as “the best pursuit plane of the day”. It was used by many operators and entered service with every Allied power.

During March 1916, the new Nieuport 17 reached the front and began to replace the earlier Nieuport 11 and 16 fighters that had been instrumental in ending the Fokker Scourge of 1915. On 2 May 1916, Escadrille N.57 became the first unit entirely equipped with the new model. During the late 1916 and into 1917, the Nieuport 17 equipped every fighter squadron of the Aéronautique Militaire. Almost all of the top French aces flew the nimble Nieuport during their flying careers, including Georges Guynemer, Charles Nungesser, Maurice Boyau, Armand Pinsard and René Dorme.

American volunteers of the Escadrille Lafayette, converted to the Nieuport 17 from Nieuport 11s and 16s, although only one achieved ace status, Raoul Lufberry.

The Nieuport 17 was ordered by the Royal Flying Corps and Royal Naval Air Service as it was markedly superior to British fighters. RFC squadrons that used Nieuport 17s and 23s as their main equipment included 1, 11, 29, 40 and 60 squadrons while 1, 3 and 4 Wings of the Royal Naval Air Service operated the 17 and the 17bis. Additional units in both services also had small numbers on strength. 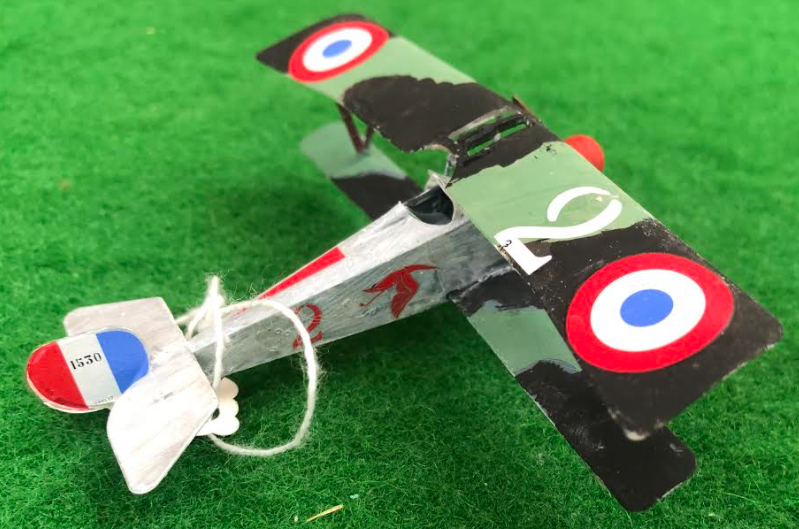