The Martin MB-1 was an American large biplane bomber designed and built by the Glenn L. Martin Company for the United States Army Air Service in 1918. It was the first purpose-built bomber produced by the United States.

In response to a requirement from the Air Service for a bomber that was superior to the Handley Page O/400. Martin proposed the MB-1 and were rewarded with an initial production contract for six aircraft. The MB-1 was a conventional biplane design with twin fins and rudders mounted above the tailplane and a fixed tailwheel landing gear with four-wheel main gear. Powered by two 400 hp (298 kW) Liberty 12A engines, it had room for a crew of three in open cockpits.

Initial delivery to the Air Service was in October 1918, with the aircraft designated GMB for Glenn Martin Bomber. The first four produced were configured as observation aircraft, and the next two as bombers. Four others were produced before the end of World War I cancelled all remaining war contracts. 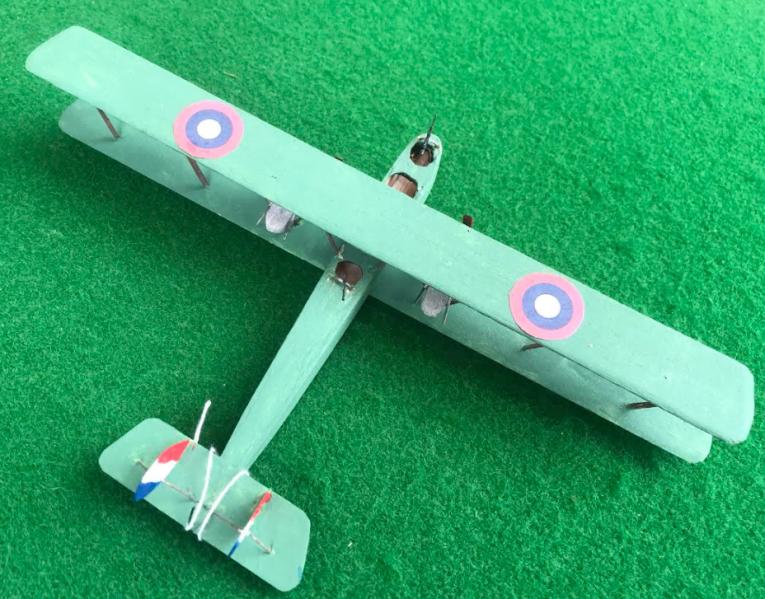