The bombing raids on Britain during the Second World War took in toll in many places, including libraries!

England saw some 54,000 children’s books go up in flames during the bombing of England, and thousands of special collections housed in the libraries were lost forever. Of the 1,145,500 books destroyed in the ruins of the bombed libraries, 982,000 were in city libraries; 155,813 belonged to university libraries, and the rest in county libraries.

Dartford set up a ‘Book Recovery Drive’ in the May of 1943 to encourage readers to help resupply local libraries.

Your Country Needs YOUR Books NOW!

Space given to the Nation by Messrs REFFELLS BEXLEY BREWERY LTD. 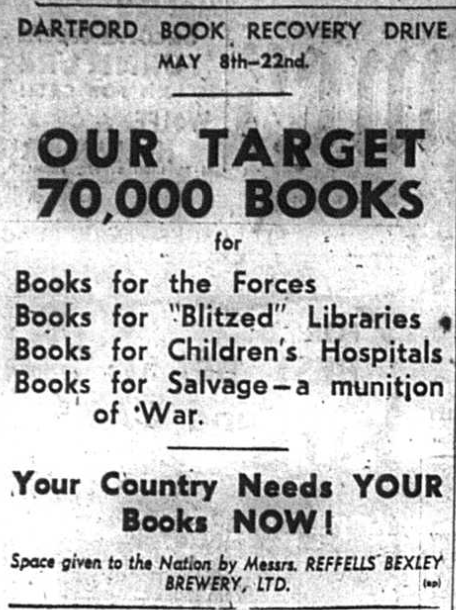