Living Through the Great War at Home

We are delighted to announce that Pam Preedy’s new book “Living Through The Great War at Home: How the People of Bromley Faced the Challenges of War” has been published.

The work is based on real information from the local newspaper that Pam has been recording since starting her Military Ancestors project which lists over 30,000 references to soldiers between 1914-1919, initially from the Bromley and District Times, in Kent.

Along with further research, Pam has put the information into context so the reader is able to understand the stories better.

Living Through the Great War at Home tells the story of the people of Bromley from the month before the outbreak of war to the Armistice in 1918 and the celebration of peace in July 1919.

Although it shows how men were mobilised, volunteered, conscripted and left to ‘follow the colours’, it is a book about the people of Bromley and how their lives were challenged and changed during the war, how they supported their own boys in the army, how they dealt with the problems of war, the restrictions of DORA (Defence of the Realm Act) and the threat and reality of the Zeppelin raids.

We learn of the generosity of the people in supporting their ‘boys’, caring for the Belgian refugees and the wounded—the VAD hospitals and how women rose to the challenge, both in terms of filling the gaps in the workforce left by the men and struggling to put food on the table as rising prices and shortages finally led to rationing. 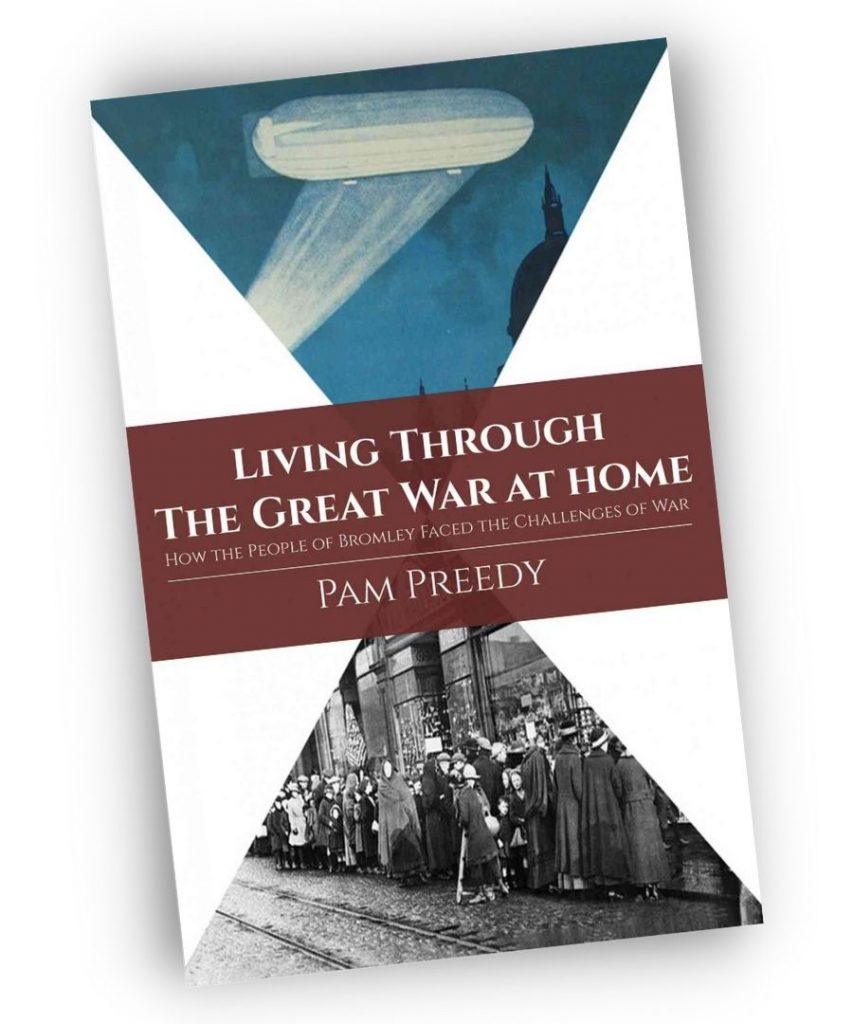