The Lebed XII was a Russian military reconnaissance aircraft produced during the First World War for the Imperial Russian Air Force. It was one of the few domestically designed aircraft to see production in Russia during the war, but was based on designs and techniques learned from Lebed’s rebuilding of captured German types. The fuselage was a plywood structure of rectangular cross-section with seating for the pilot and observer in tandem, open cockpits. The wings were built around a pine spar and covered in fabric, and the empennage (tail assembly) was of welded steel tube with fabric covering.

The Lebed XII started appearing on the front line in quantity in early 1917, but problems quickly became apparent. In particular, a number of engine fires and crashes due to structural defects led to deliveries of the type being suspended by mid-year while an investigation was held.

Army test pilots concluded that the version with the more powerful engine was unfit for frontline service, and recommended that it be relegated to training use only, while the lower-power version was regarded as not even fit for training.

Lebed disputed the findings, blaming the poor results on the inexperience of the test pilots and on poor weather while the tests were conducted. The Army therefore held a second inquiry. On 2 October 1917, this panel concluded that the type was obsolete and unfit for service, recommending that production be halted and the type withdrawn altogether. However, due to a shortage of aircraft, production continued into 1918, and eventually 214 of the original order were delivered.

The Lebed XII saw limited frontline service in the North and North-western parts of the front with Germany, equipping four air divisions of the 38th Corps, 5th Army. Aircraft delivered in the second half of 1917 went mostly to training units, however. These included the Imperial aviation school, the Gatchinskoy military flying school, the Odessa flying school, Kiev school for pilots and observers and the flying school of the Caucasus. Over 50 were supplied to the Navy’s school of air combat in Krasnoye Selo alone. 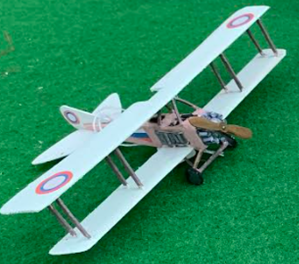