The Hansa-Brandenburg W.29 was a German monoplane fighter floatplane which served in the closing months of World War I, from bases on the North Sea coast. Its design was based on the W.12

The W.29 was a two-seater low wing monoplane. The monoplane configuration created less drag, and thus gave greater speed. The first batch, Nos. 2201 2206, were ordered in December and reached the operational units in the following spring and summer; they had 195 h.p. Benz engines with frontal radiators. Six exhaust stubs discharged above and to port of the exposed cylinder heads. Ventilation louvers were provided in the metal side panels which enclosed the bulk of the engine.Specs for Hansa-Brandenburg.

The thick, broad-chord wings, of wood and fabric construction, had blunt tips and horn-balanced ailerons, and were rigged with several degrees of dihedral. The fuselage closely resembled that of the W.12, but the tail-plane was neater, with a rounded leading-edge: the elevators were horn-balanced and of unequal chord. Hinged to the vertical knife-edge of the fuselage was the rudder, with a large horn balance on its lower end and a straight trailing-edge its upper end extended above the top of the tail-plane.

Similar floats to those of the W.12 were fitted, and additional N-shaped bracing struts connected them to the under surface of the wings. The armament consisted of twin synchronized Spandau guns fixed on each side of the curved top decking in front of the pilot’s cockpit,and a Parabellum gun on a ring mounting for the observer.

The new monoplane was an immediate success, and the further batches were ordered in April and May 1918. These aircraft had 150 h.p. Benz engines: the final batch of W.29s, had Benz Illas of 185 h.p. 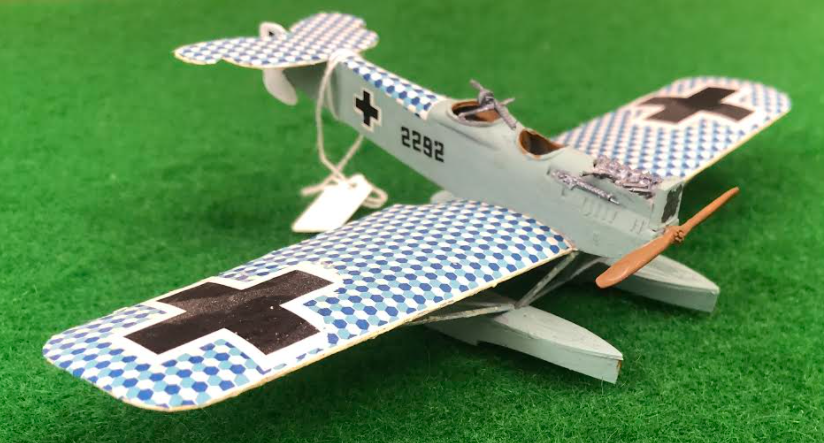