The Halberstadt D.II was a biplane fighter aircraft developed and manufactured by German aircraft company Halberstädter Flugzeugwerke. It was adopted by the Imperial German Army Air Service and served through the period of Allied air superiority in early 1916.

The D.II was the production version of the experimental D.I. Key differences between the D.I and D.II included a substantial effort to lighten the aircraft in order to improve its performance; the latter also featured staggered wings and the adoption of a more powerful 120 hp Mercedes D.II engine. The side and frontal radiators that had been tried in the D.I were replaced by a wing mounted radiator, similar to the arrangement that was later used by the Albatros D.III and D.V. In comparison with the D.I, the pilot sat higher in his cockpit, to improve his view over the top wing. This required a dorsal turtleback fairing over the rear fuselage, to improve its lines.

The two bay wings were very strongly braced, but the trailing edge was composed of a wooden member, as opposed to the wire or cable common on many of the First World War-era German single-engined aircraft. The D.II was considered to be very manoeuvrable in skilled hands: in particular it could reputedly be dived safely at high speed. A single synchronised lMG 08 “Spandau” machine gun fired through the propeller arc.

Like other early German fighter types, the D.II was at first supplied in ones and twos to the ordinary six-aircraft reconnaissance units or Feldflieger Abteilungen of the German Air Service: then from February 1916 onward through the summer of that year gathered into small specialised fighter units – the “KEK” units. When the first true fighter Jagdstaffeln were formed in mid-1916, the Halberstadt was the best fighter available and was used by Oswald Boelcke to demonstrate his famous pioneering air fighting tactics 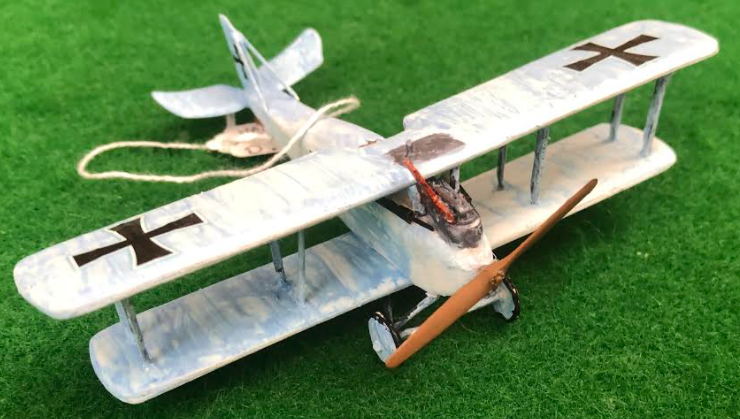