Avation Maritime’s distrust of triplane flying boats such as the Levy-Besson “Alerte” led the firm to design a version with the more traditional biplane wings, the Georges Levy 40 HB2. (“HB2” probably stood for Hydravion Bombardement with a crew of two.). With a 280hp Renault engine, the plane had good performance and it could carry larger bombs than other French flying boats. It entered service in November 1917. One hundred were ordered in France, and twelve were used by the US Navy. Though it was originally designed for two, a crew of three was frequently carried — two in the communal cockpit and a third in the nose with a flexible Lewis machine gun.

It was also known as the Georges Levy 300hp Renault, the G.L.300, and the Levy-Le-Pen, and the Le Pen-Blanchard, after its designers. By 1918 it had become the standard in flying boats for the French Navy. It was the first flying boat to carry the new 79 kg (175 lb) anti-submarine bomb, a distinction it alone held for six months.

At the beginning of the First World War, French financier Leon-Georges Levy organized an aircraft building enterprise. His only notable development during the war years was the GL.40 two- / three-seat light flying boat (class HB.2), used by the Navy for coastal patrols in 1917-1918. Designer Maurice Jules-Marie Le Pen took part in the development of the boat, therefore the boat was often called the Levy-LePen GL.40.

This biplane with support floats on the lower wing was powered by a Renault 12Fe 300 hp engine. mounted on struts above the body and set in motion a pushing screw. The pilot and observer sat side by side in an open cockpit in front of the lower wing, and a turret with a machine gun was installed in the bow of the flying boat. 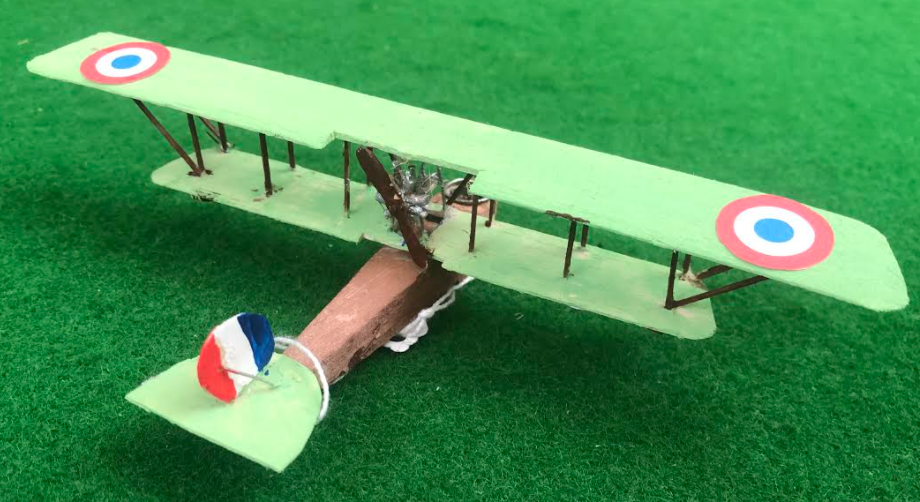