The Maurice Farman MF.11 Shorthorn is a French aircraft developed before World War I by the Farman Aviation Works. The MF.11 served in both the British and French air services on the Western Front in the early stages of the war, as a reconnaissance and light bomber. Later it was relegated to training duties.

It had a pusher configuration unequal-span biplane like the earlier Farman MF.7 on which it was based. The nacelle containing crew and engine were mounted in the gap between the two wings. The aircraft was also fitted with a machine gun for the observer, whose position was at the front in order to give a clear field of fire.

Its nickname in British service (Shorthorn) was derived from that of the MF.7 (nickname Longhorn), as it lacked the characteristic front-mounted elevator and elongated skids of its predecessor.

It flew the first bombing raid of the war when on 21 December 1914 an MF.11 of the Royal Naval Air Service attacked German artillery positions around Ostend, Belgium. 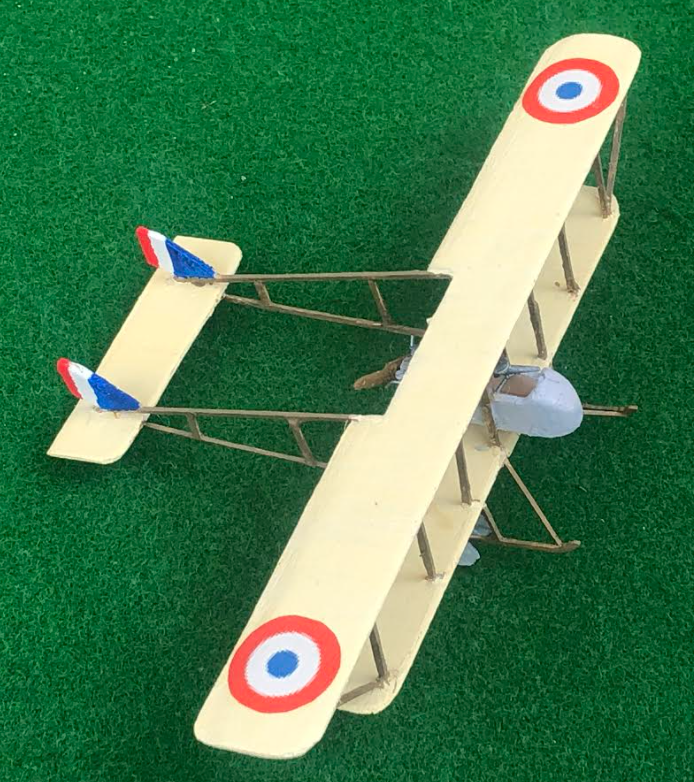