For Everyone – of every age!

It’s easy to forget how old Disney’s Pinocchio actually is!

This film listing for Bromley’s Gaumont cinema was published in September 1940 and lists if as Walt Disney’s full length feature film in technicolour.

A great distraction for families living through World War 2, especially when the threat of bombing was common and so close by. 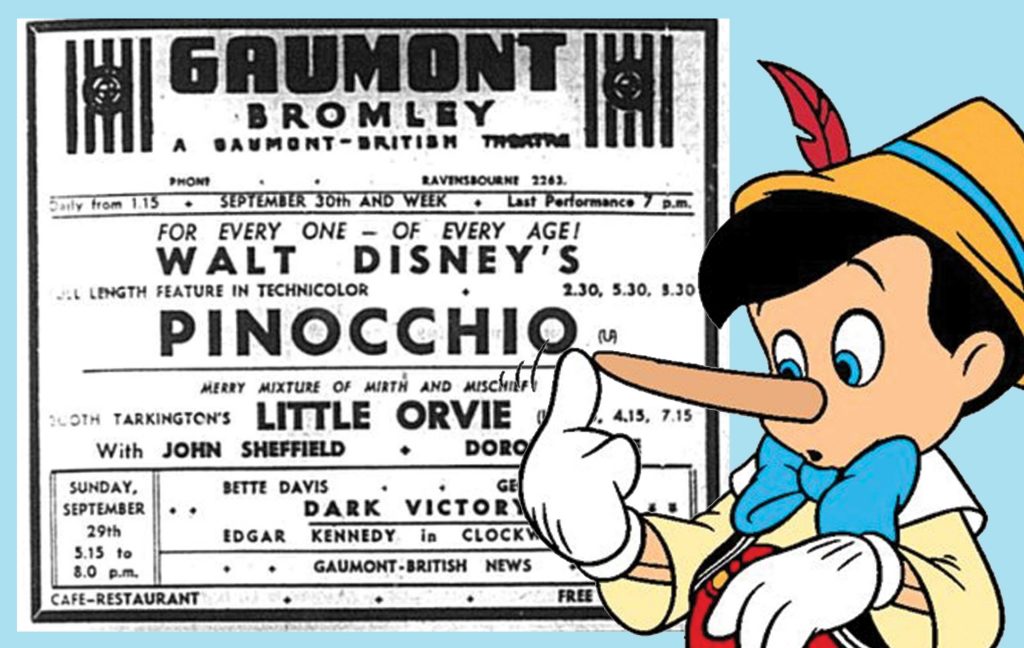