Within a year of Great Britain declaring war on Germany in August 1914, it had became obvious that more recruits were needed as volunteer numbers began dwindling.
The government saw no alternative but to increase numbers by conscription – making active service compulsory. In January 1916 the Military Service Act was passed, imposing conscription on all men aged between 18 and 41 years old.
Exemption were given to those who were medically unfit, clergymen, teachers and certain classes of industrial worker.  It also included Conscientious Objectors (men who objected to fighting on moral grounds) – who were often given civilian jobs or non-fighting roles.

As the number of volunteers coming forward dwindled, conscription (the compulsory enlistment of people in a national service, most often a military service) was introduced in January 1916.

Many men tried to avoid conscription and went before the military tribunals.

Others took matters into their own hands and ignored the papers and ‘disappeared.’

Lists of those who had not taken themselves to join the forces appeared fairly regularly. The numbers of men increased as the war continued. Some were found: many weren’t. 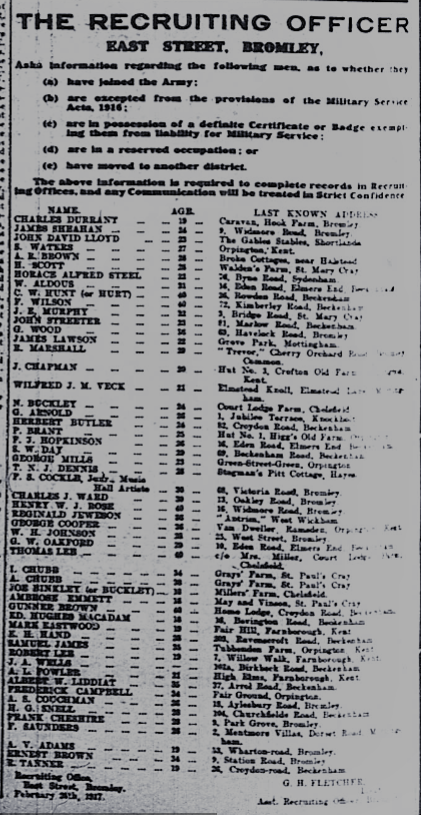