An Advanced Diploma in Local Studies at the Department of Continuing Education at Rewley House, Oxford, opened my eyes to new possibilities in historical research.

I finally found my inspiration for my present project in the Bromley War Memorial which lists some 848 names of casualties from the First World War.

Wondering where to look for information apart from the main internet sites I cast about and, more by chance, than anything else started looking at the Bromley and District Times. Here I found lists of men and their addresses being recalled to service and volunteering. The information was too good to ignore and I began the process of creating tables of information which ultimately became my website www.militaryancestors.co.uk

Realising what a wonderful resource the newspapers were, I have spent the last two years researching and writing a book about Bromley in World War 1, which I hope to publish.

The extracts here were taken from copies of the relevant local newspapers, given to me by the Bromley Archives.

Pam is a mother and grandmother.  Born in Bromley, Pam lived and was educated in West Wickham and Bromley.

Pam trained as a teacher and taught for many years.  Since retiring, she has travelled with her husband on his lecture tours and advanced her interest in local war history.

Pam is a frequent visitor to the Bromley Historic Collections library and British Library, where she has spent many an hour researching for her Military Ancestors database and for her new book “Living Through The Great War at Home: How the People of Bromley Faced the Challenges of War” 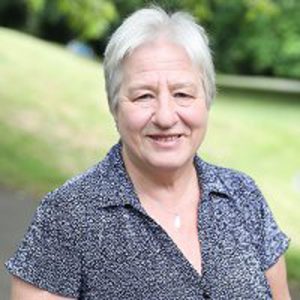