Significant progress was made in naval flying in World War I. Three distinct categories of combat aircraft emerged: long-range overwater reconnaissance and antisubmarine aircraft operating from shore bases, shorter-range floatplane (so called because instead of wheeled undercarriages they floats to allow water landings) reconnaissance and fighter aircraft, and ship-borne aircraft. Long-range flying boats (so called because their fuselages were shaped like the hull of a boat) were used extensively by the British.

These pioneered the technique of searching for submarines with methodical, mathematically developed search patterns.

The French utilised numerous types of seaplanes to protect their coastal regions.

The German and Austro-Hungarian navy made extensive use of reconnaissance and fighter floatplanes from Belgian coastal bases, and in the Mediterranean to counter Allied air patrols and coastal naval operations. Some of these, notably Hansa-Brandenburg machines designed by Ernst Heinkel, rivalled their land-based equivalents in performance.

Russian flyingboats were produced by the Grigorovich Company The main Italian producer of Flyingboats was Macchi.

Curtiss Model E flying boat American aeronautic pioneer Glenn Hammond Curtiss piloted his Model E flying boat over Keuka Lake, near Hammondsport, N.Y., in 1912. The most efficient of the long-range coastal-based airplanes were large twin-engined flying boats designed by Glenn Curtiss and others. Despite their bulk, these aircraft were sufficiently fast and manoeuvrable to engage enemy zeppelins and aircraft in combat. Curtiss’s flying boats were the only aircraft of U.S. design to see frontline combat service in World War I.

Carrier-based air power also advanced rapidly. In early 1916 the first landplanes (British Sopwith Pups) were flown off the 200-foot (60-metre) decks of primitive carriers that had been converted from merchant ships, and on August 2, 1917, a pilot landed a Pup on the takeoff deck of HMS Furious while the ship was under way. The concept of the true aircraft carrier had been born.

Flyingboats of World War One 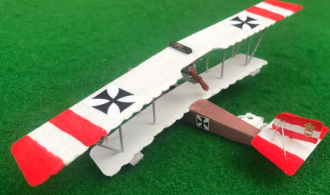 Lohner E The Lohner E was a reconnaissance flying boat built in Austria-Hungary during World War I. The “E” stood …
Read More Macchi M.12 The Macchi M.12 was a flying boat bomber produced in small numbers in Italy in 1918. It had …
Read More