The Vickers Vimy was a British heavy bomber aircraft developed and manufactured by Vickers Limited. Developed during the latter stages of the First World War to equip the Royal Flying Corps (RFC). Only a handful of aircraft had entered service by the time the Armistice of 11 November 1918 came into effect, so the type was not used in active combat operations during the war, but the Vimy became the core of the RAF’s heavy bomber force throughout the 1920s.

The Vickers F.B.27 Vimy is an equal-span twin-engine four-bay biplane, with balanced ailerons on both upper and lower wings. The engine nacelles were positioned mid-gap and contained the fuel tanks. It has a biplane empennage with elevators on both upper and lower surfaces and twin rudders. The main undercarriage consists of two pairs of wheels, each pair carried on a pair of tubular steel V-struts. There is a tail-skid and an additional skid mounted below the nose of the fuselage to prevent nose-overs.

The aircraft was designed to accommodate a three-man crew. In addition to the pilot’s cockpit, which was positioned just ahead of the wings, there were two positions for gunners, one behind the wings and the other in the nose, each with a pair of Scarff ring-mounted Lewis guns. The majority of the Vimy’s payload of 250 lb bombs were stowed vertically inside the fuselage between the spars of the lower centre section; a typical load consisted of 12 bombs. For anti-surface warfare in the maritime environment, the Vimy could also be armed with a pair of torpedoes.

The Vimy was powered by a range of different engines. The main one was the 300 hp Rolls-Royce Eagle VIII engines, with a total of 776 ordered before the end of the First World War. 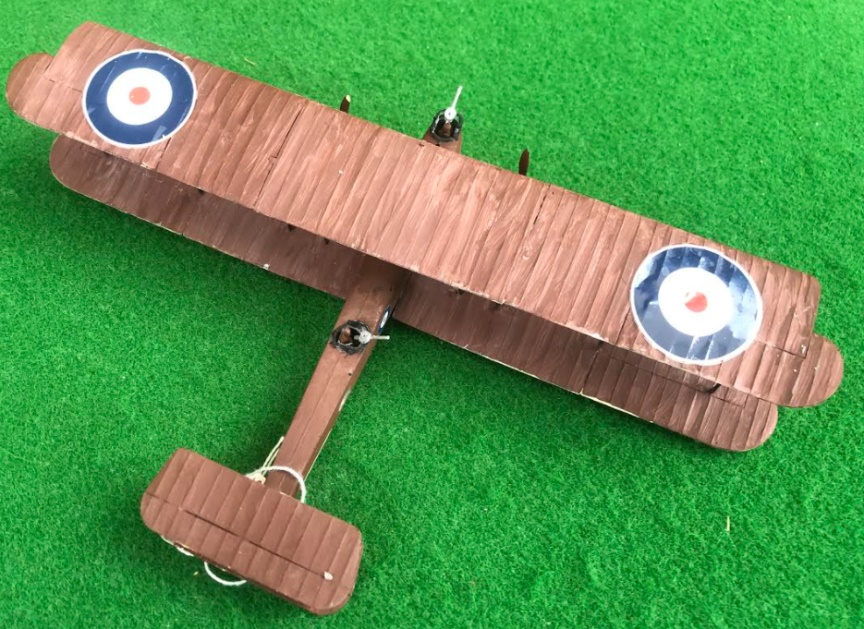