Conceived late in 1916, this was a radio-controlled, pilotless aeroplane intended both for defence against Zeppelins and as a flying bomb. In the former role it was planned that it would be controlled from the ground, but in the latter role control from an accompanying manned aeroplane was also considered. To disguise its intended purpose it was always referred to as the Aerial Target.

Its wireless apparatus was designed by Capt Archibald M Low of the RFC’s wireless unit at Feltham, whose idea it was. The Royal Aircraft Factory, Farnborough refined the design as a small shoulder-wing monoplane powered by a two-cylinder ABC Gnat of 35hp, with numerous radio aerials running vertically down the fuselage sides and chordwise across the wings. In the interests of simplicity, lateral control was by wing warping, and generous dihedral ensured lateral stability.

Six examples, A8957-A8962, were constructed, the first being delivered to RFC Northolt, where the trials were to take place, on 5 June 1917. The intention was that the machine should be trimmed to take off and climb away to a reasonable height before radio control was attempted. Extensive wind tunnel tests on models had indicated what the necessary tailplane incidence should be, but the first flight, on 6 July, consisted of an almost vertical climb away from the launching rail, followed by the inevitable stall and consequent crash, before the radio control system could take effect. A second example was tested on 25 July but failed to take off, the tailplane adjustment having been somewhat overcorrected. A third attempt, with the tailplane finally set at the correct angle, was made three days later, did take off, but crashed when the engine failed just into its flight. 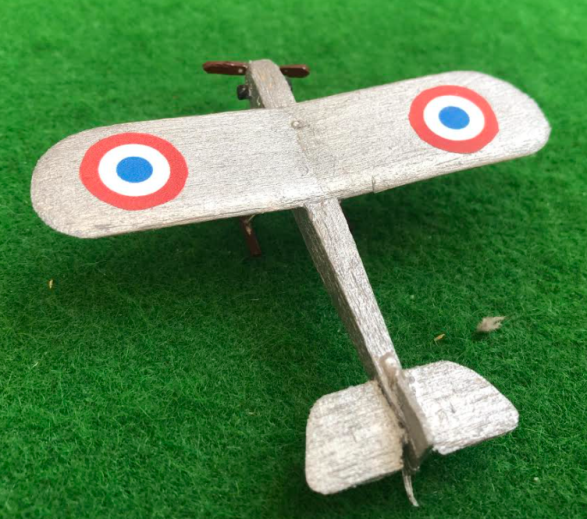 It is reported that some when after 25th August 1917 some of these remaining machines were sent to Biggin Hill (the Wireless Experimental Establishment) to assist in the continued development, probably on the radio control components. Details of this work is not known. Work on it continued on the development at Biggin Hill after the end of the war, until 1922 when the work was transferred to Farnborough.