The story of Hugson & Co began in 1893 when Gabriel Hugon, a French engraver living in Manchester, noticed that his wife was having difficulty cutting-up blocks of suet in the kitchen. He saw an opportunity, and setup the first ever factory to manufacture shredded suet, in Manchester, UK.

Although ‘Atora’ was no doubt its most popular and well-known product (still available today), they no doubt attempted to rival the likes of OXO, which was extremely popular during the First World War and beyond.

Hugson’s branded their Torox Cubes as the “World’s Best Beverage,” but obviously could not overtake the ever popular OXO in this field.

Have you ever heard of them?  Perhaps OXO had a better marketing strategy. 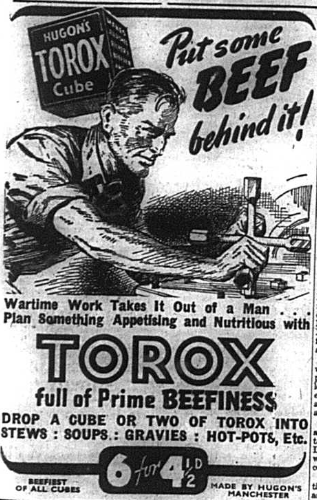 Put some BEEF behind it!

Drop a cube or two of Torox into stews – soups – gravies – hot-pots, etc.

Beefiest of all cubes 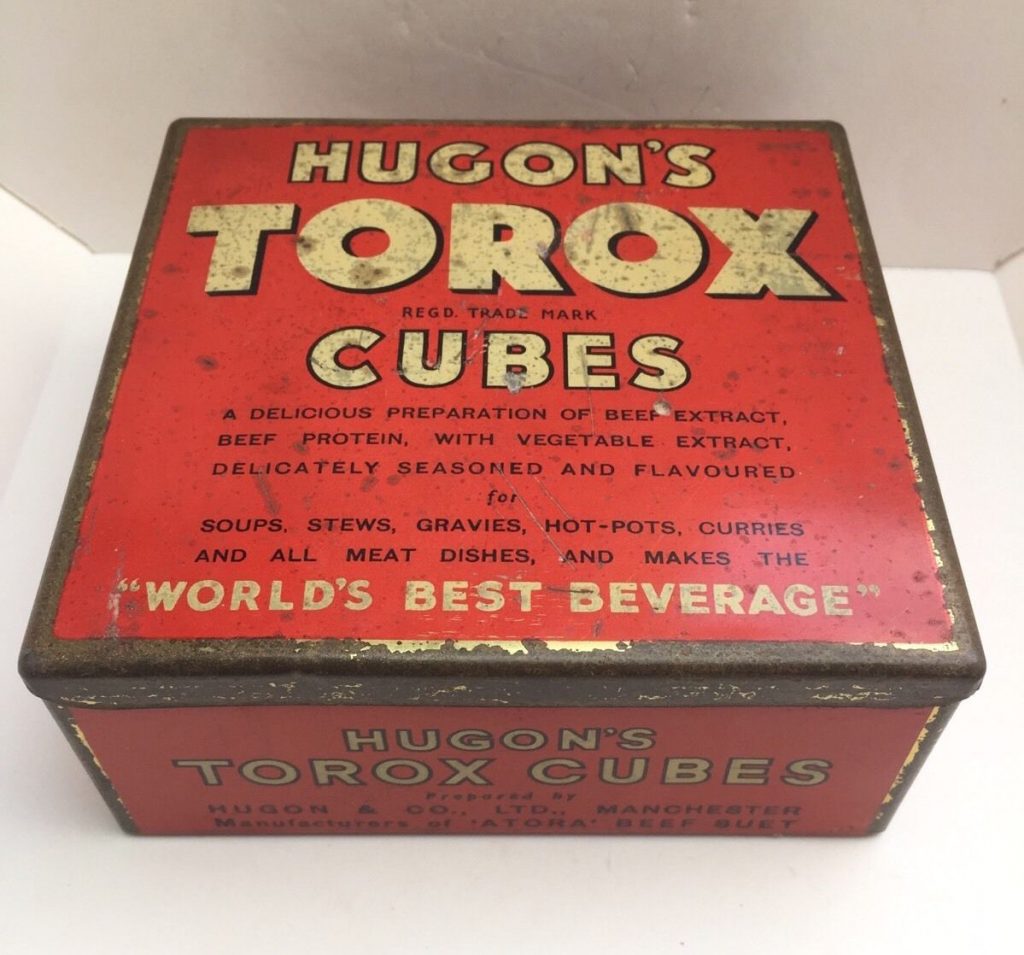