Private Harry Gordon Symonds was a member of the 11th Battalion Middlesex Regiment, and died on the 5th March 1916, at the age of 30, and is commemorated at the Loos Memorial in France.

He was the son of the late General Jermyn Charles Symonds (Royal Marines) and Susan Campbell Kennedy Symonds.

The following article appeared in the local newspaper:

Private H. Gordon Symonds, Middlesex Regiment, half-brother of Mr J. D’Arcy Symonds, of Suffolk Road Nursery, Foots Cray, was killed in action last March.  He was previously wounded in the head by shrapnel, and received his death wound on returning to the Front.

He was the son of the late General J C Symonds, Royal Marines Light Infantry. 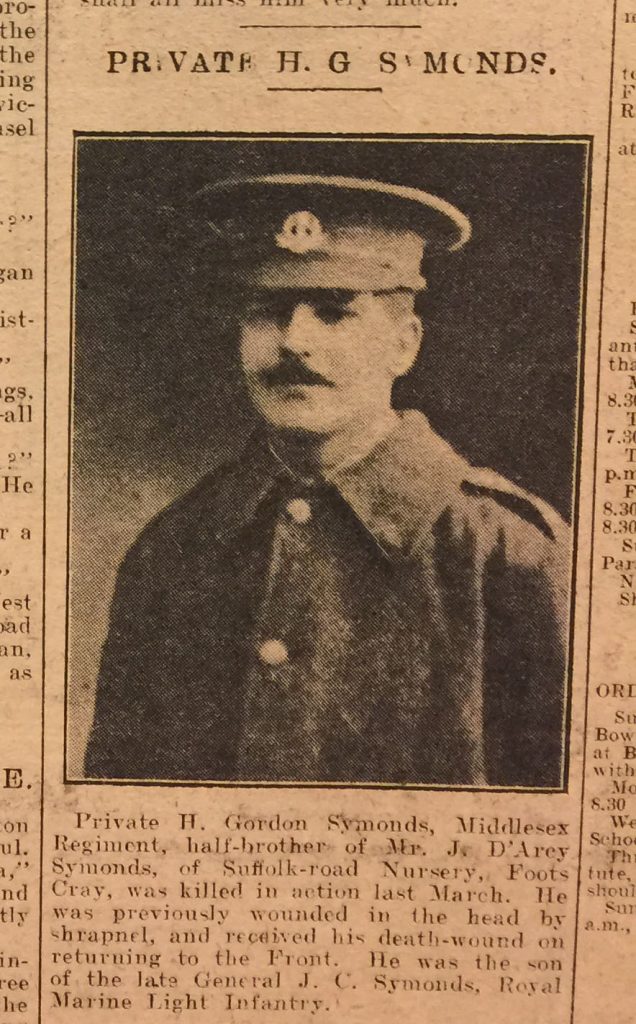