Captain John Hodgson Mooney was born in 1914.  He was later Lieutenant-Colonel, E.D.,C.D. of Royal Regiment of Canadian Artillery & Canadian Army Intelligence Corps.  He died in 2000.

Mollie (sometimes spelt Molly) Eileen Cooney was born on the 4th December 1920.  After their marriage Mollie stayed local as their daughter Carolyn (Caroline) was born in the Bromley district in 1942.  At some point the family must back to Canada, as Mollie is listed on Ancestry as having passed away in Canada in August 2014, at the grand age of 94.

Both John and Mollie are buried at Queen Park Cemetery and Mausoleum, in Calgary, Alberta in Canada

Canadian troops furnished a guard of honour at West Wickham Parish Church on Saturday for the wedding of Captain Mooney, Canadian Army, to Miss Mollie Cooney, of Beckenham.

The ceremony was performed by a Canadian regimental padre the __ J. I. McKinney, C.F.

Captain and Mrs Mooney drove from the church on a ___ with a gun behind. 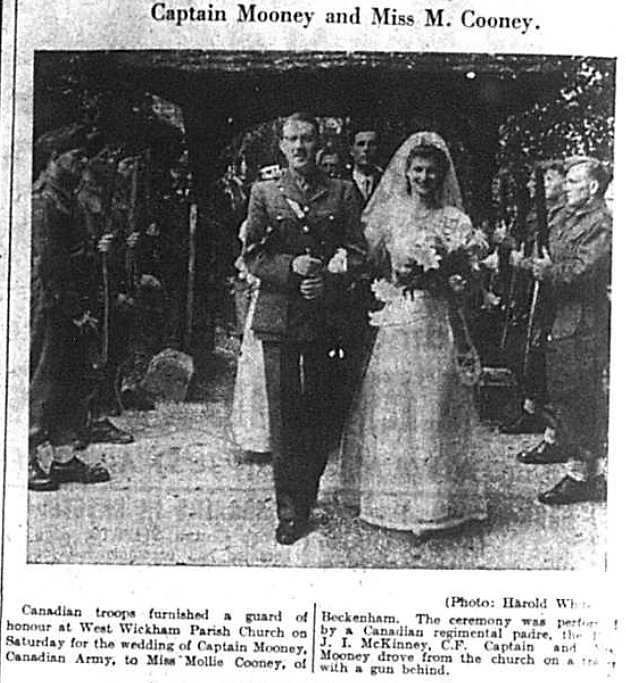