The LVG C.VI was a German two-seat reconnaissance and artillery spotting aircraft used during World War I.

The aircraft was designed by Willy Sabersky-Müssigbrodt and developed by Luft-Verkehrs-Gesellschaft (LVG) in 1917. The C.VI was a further development of the C.V, which Sabersky-Müssigbrodt had made for his former employer DFW. It was lighter, smaller and aerodynamically refined, although its fuselage seemed more bulky. It was a biplane of mixed, mostly wooden construction. It featured a semi-monocoque fuselage, plywood covered. Rectangular wings of wooden and metal construction, canvas covered. Upper wing of slightly greater span, shifted some 25 cm towards front. Vertical fin plywood covered, rudder and elevators of metal frame canvas covered, stabilizers (tailplanes) of wooden frame canvas covered. Straight uncovered engine in the fuselage nose, with a chimney-like exhaust pipe.

Two-blade Benz wooden propeller, 2.88 m diameter. Flat water radiator in central section of upper wing. Fixed conventional landing gear, with a straight common axle and a rear skid. The crew had parachutes and heated flying suits. A total of 1,100 aircraft of the type were manufactured.

Most LVG C.VIs were used by the German military aviation in last operations of World War I, mostly on Western Front, for close reconnaissance and observation. 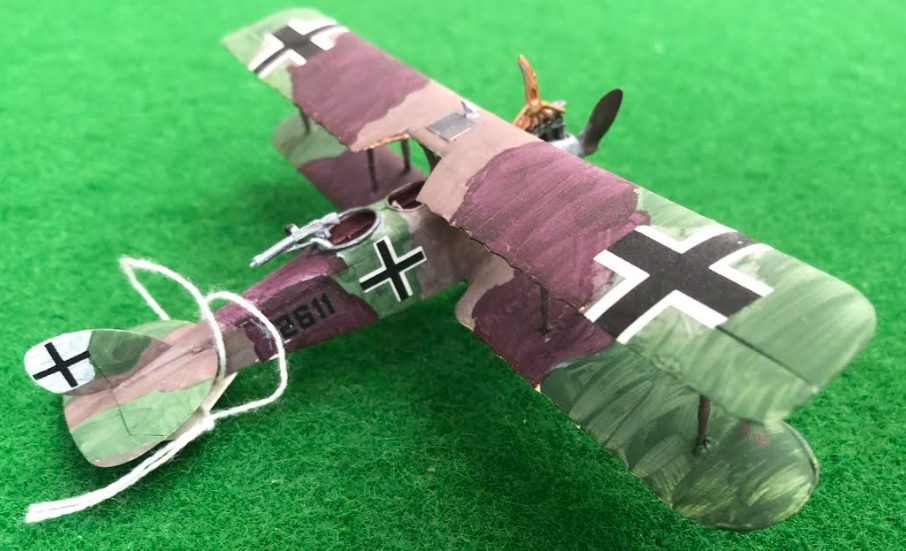