Lieutenant Thomas Edward Coney Fisher of the East Lancashire Regiment was a gallant young officer, who fell while leading his men into action on the first day of the great British offensive last year (the Battle of the Somme).

He was for some months reported “missing” after the operations on July 1st, but on November 20th last he was reported as having been killed on July 1st while leading his men into action.  The late Lieutenant Fisher was educated at Victoria College, Jersey, Felsted School, and Sandhurst, and obtained his commission in May, 1915 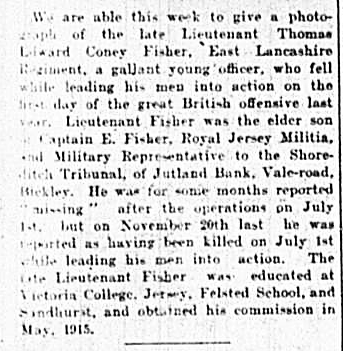 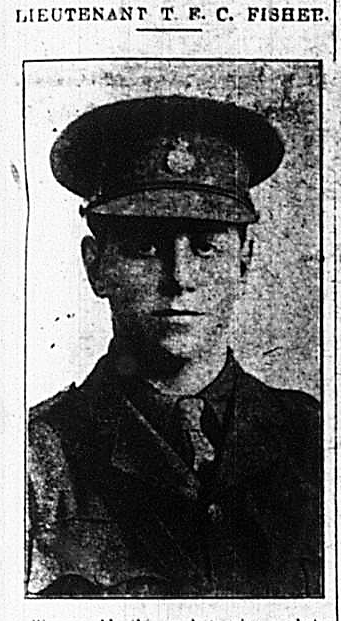