The Gotha G.I was a heavy bomber used by the Luftstreitkräfte (Imperial German Air Service) during World War I. It was the first of the Gotha Bomber series, eventually ending with the larger Gotha G.V

The design had a snub-nosed fuselage attached to the upper wing, and twin engine nacelles mounted on the lower one. The purpose of this arrangement was to allow the engines to be kept close together thereby minimizing asymmetrical thrust in the event of an engine failure. The aircraft’s unorthodox layout provided excellent views for the three crewmen and broad fields of fire for the gunner. The prototype first flew on 30 January 1915, which led to further design changes.

With the design proved under service conditions, the contract to build the G.1 was issued. The first production aircraft was completed on 27 July 1915. These aircraft were powered by two 150 hp Benz Bz.III engines and later by an improved 160 hp . Mercedes D.III engines and the later aircraft featured an extra defensive machine gun and nearly double the armour of previous examples.

Type G.1 aircraft were being used for a variety of duties, including defensive patrols, reconnaissance, and only rarely for bombing. By the time it reached the front, the Gotha G.I was already an easy target for faster and more maneuverable fighters, and the few pilot recollections that have survived are largely unfavourable to the type. 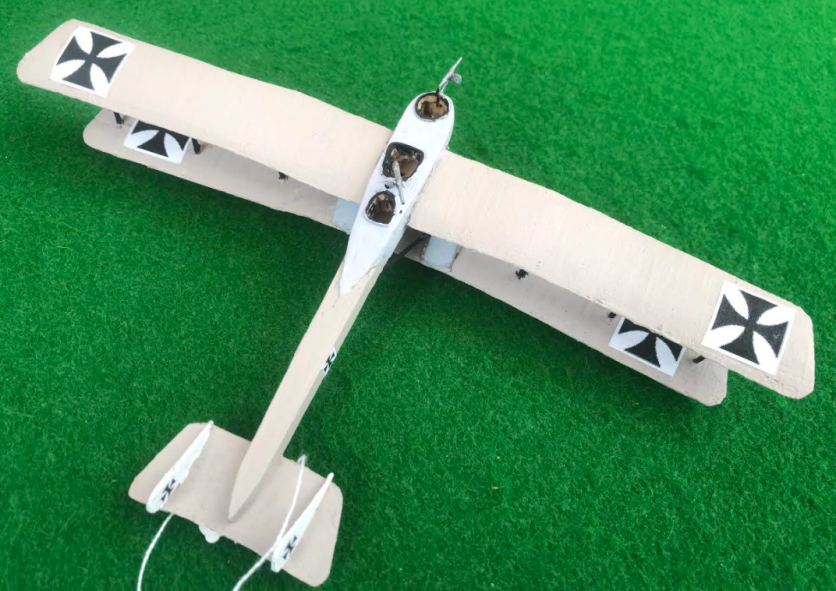