A fortnight ago we announced that the Distinguished Flying Cross had been awarded to Flying Officer Ross James, R.A.F., son of Mr and Mrs H.J. James, of 20 The Mead, West Wickham.

Since then official intimation has been received that Flying Officer James is missing after operations over Germany.

This popular young officer, who is only 27, had taken part in more than thirty raids over Germany including Berlin, and he had flown “Flying Fortresses” across the Atlantic.

He belonged to the Catford Bridge Rugby Football Club and had played for Kent.  Like his father, he was well-known in sports circles in West Wickham.  Friends are hoping for better news. 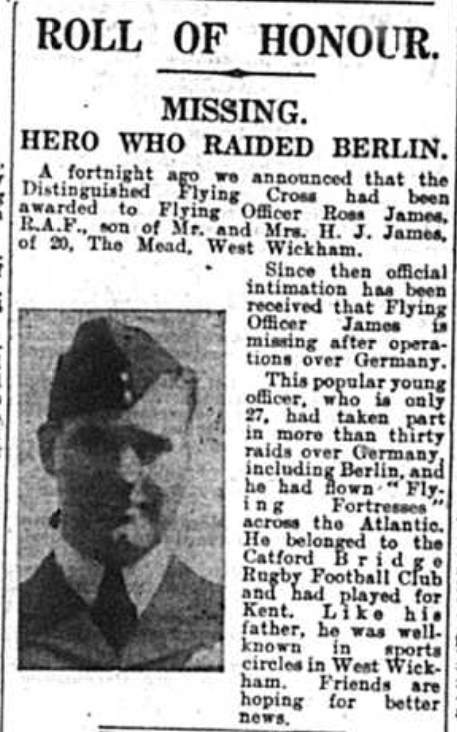 Flying Officer Ross James was the son of Harold Jesse and Edith Offield James, of West Wickham, Kent, and a member of the 35th Squadron in the RAF.