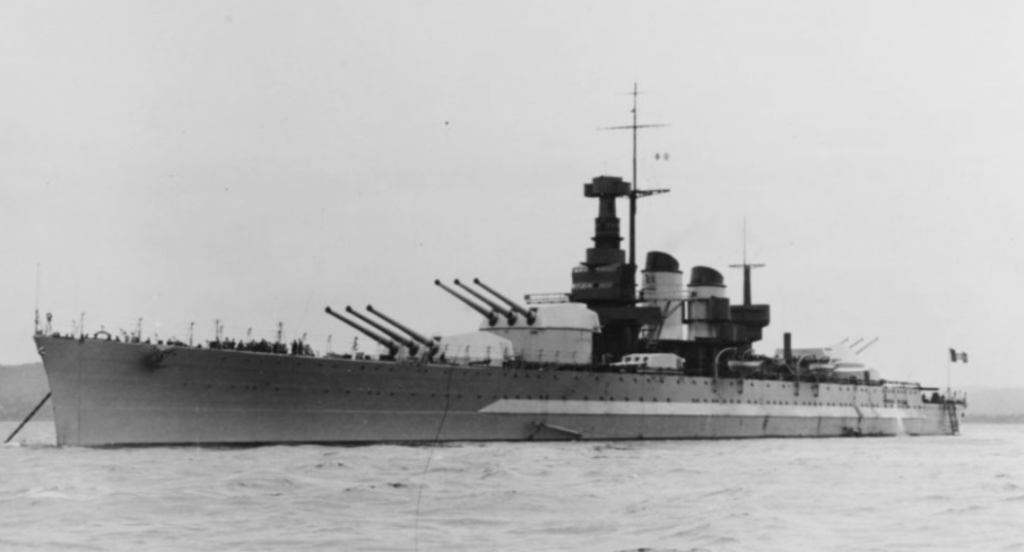 The Battle of Cape Matapan was a Second War engagement between British Imperial and Axis forces, fought from 27–29 March 1941. The cape is on the south-west coast of the Peloponnesian peninsula of Greece.

Following the interception of Italian signals by the Government Code and Cypher School (GC&CS) at Bletchley Park ships of the Royal Navy and Royal Australian Navy, under the command of the Royal Navy’s Admiral Sir Andrew Cunningham, intercepted and sank or severely damaged several ships of the Italian  Regia Marina under Squadron-Vice-Admiral Angelo Iachino. The opening actions of the battle are also known in Italy as the Battle of Gaudo.

Contributing to the British success in this battle was the vigilance of two R.A.F. officers, one of whom was Flying Officer Peter E.A. Loat, of Orpington, who was awarded the Distinguished Flying Cross for locating the enemy ships before the battle and shadowing them for eight hours.

His wife lives with their baby son in Repton Road, Orpington.  Before joining the R.A.F., Flying Officer Loat served with the Royal Fusiliers (Territorial Army) from 1937 to 1939, and was then recommended for his commission in the Royal Air Force. 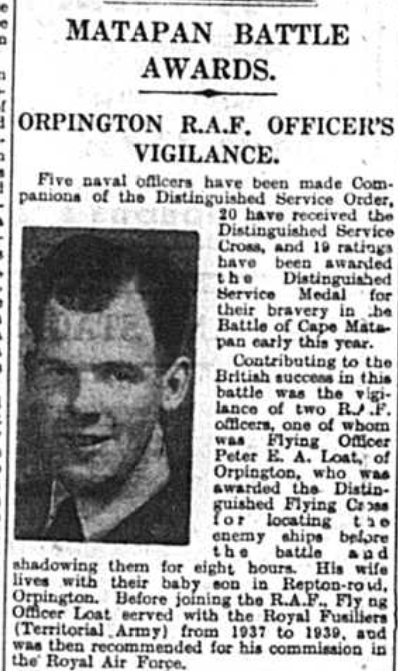